Browns Rumors: Is Johnny Manziel's Time In Cleveland Over? 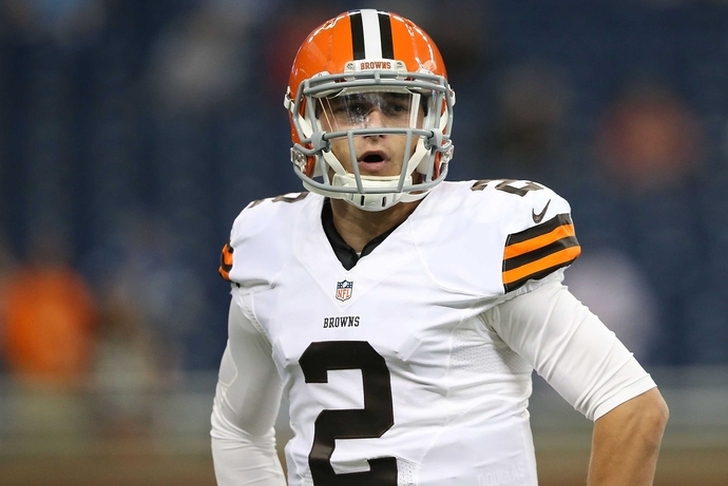 The Cleveland Browns hired Hue Jackson as their new head coach today, ending their search for Mike Pettine's replacements. The Browns will now look to fill out Jackson's staff, but they'll also need to make a decision on quarterback Johnny Manziel.

According to one report, Jackson doesn't want Manziel on the team.

You ask good questions. I was told Hue made it clear he'd want to move on from Johnny. https://t.co/tkARNfBSyM

Manziel was the team's first round pick in the 2014 NFL Draft, but has struggled in his time in the NFL. He's completed just 57 percent of his passes for 1,675 yards, 7 TDs and seven picks.

Manziel only played in 14 games because he found himself in Pettine's dog house too often. There were also numerous off-the-field issues relating to Manziel's partying ways.

He has two years left on his contract with the Browns. The team would actually take a loss for cutting Manziel. He has a $2.25 million cap hit for next year, but that would jump to $4.62 million if the team releases him.

If Manziel is cut, the team will need to find a new QB of the future. Josh McCown is on the roster, but he's already 36 years old. Austin Davis is not the answer either. With the second overall pick, the team will be in position to snag a QB.