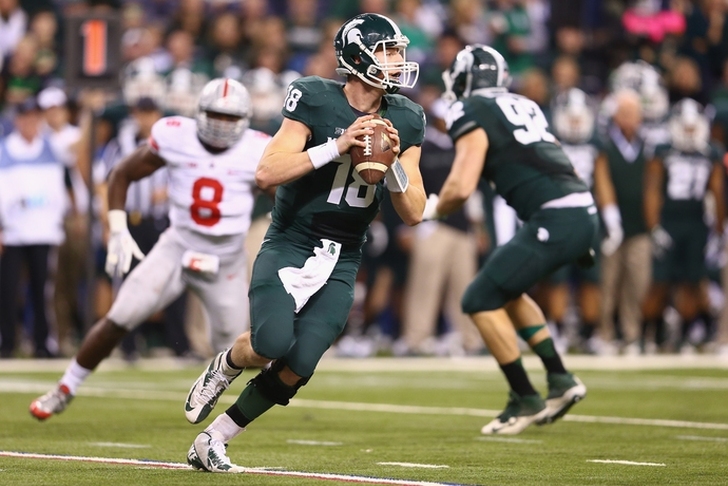 The NFL season hasn't even started and the Cleveland Browns are already looking at quarterbacks in the upcoming NFL Draft class.

According to CBS Sports, the Browns are targeting Michigan State QB Connor Cook.

"They feel like Connor is going to be one of the more important guys in the draft, for sure," Cook's high school coach Gerry Rardin told CBS Sports.

The Browns have Josh McCown and former first round pick Johnny Manziel competing for the starting job. Cook is expected to among the top QB prospects in the NFL Draft.

Follow our Cleveland Browns page for all the latest Browns news and rumors!