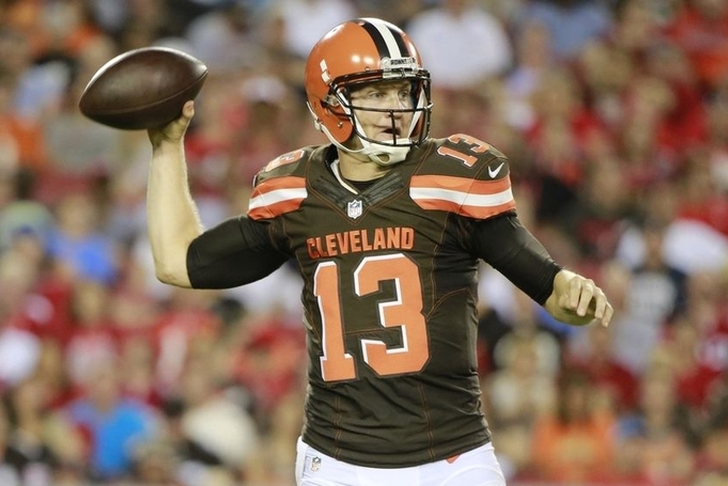 The Cleveland Browns lost in heartbreaking fashion to the Baltimore Ravens on Monday Night and the game wasn't the only thing they lost. Starting QB Josh McCown fractured his collarbone and will be out for the rest of the season.

McCown played in eight games this season and had battled injuries several times throughout the year. He completed 63.7 percent of his passes for 2,109 yards, 12 TDs and four picks. He added 98 yards on the ground and a score. He also struggled with fumbles all season, coughing it up nine times.

It's unclear whom the Browns will turn to as their new starter. Johnny Manziel was demoted to third string before the Ravens game, and Austin Davis took for McCown against Baltimore.

Browns fans want Manziel to and he at least has the chance to become a franchise QB. That's something Davis has proven he is not. Manziel has played in seven games this season, throwing 128 passes. He's completed 59.4 percent of those for 933 yards, 5 TDs and two picks. He's also added 90 yards rushing. Like McCown, Manziel has also struggled holding onto the football. He's fumbled the ball eight times this year.

Davis made his first appearance for the Browns against the Ravens. He completed 7 of 10 passes for 77 yards and a TD. He played for the Rams last season after injuries decimated their QBs.

Head coach Mike Pettine said the decision on whom to start at QB would be his call. He hasn't made a decision yet and could avoid announcing it to keep the Bengals (the Browns' next opponent) guessing.