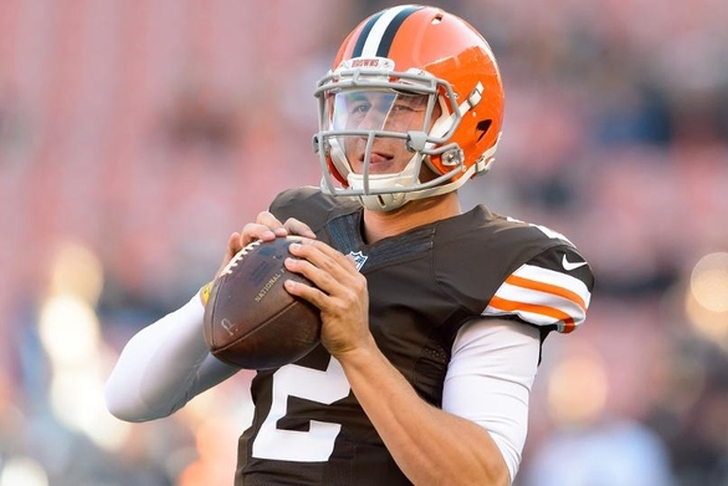 Manziel will now have to go through the NFL's entire concussion protocol process and is expected to sit out for Sunday's season finale against the Pittsburgh Steelers. Austin Davis has been tabbed as the starter in his place.

The 14th Browns player to suffer a concussion this season, Manziel was named the starting quarterback for the rest of the season just a couple weeks back by head coach Mike Pettine. Cleveland remains unsure about whether or not they will need to sign a backup quarterback behind Davis or if they will utilize Terrelle Pryor in that capacity. Pryor took some quarterback reps on Wednesday.

Pettine told reporters that Manziel will start if he's cleared regardless of the party video that hit the Internet on Christmas Eve that Pettine said Monday was "certainly a concern."

Regardless, with just four days until kickoff, it doesn't seem likely that Manziel will be able to clear the NFL's stringent concussion protocol in time.