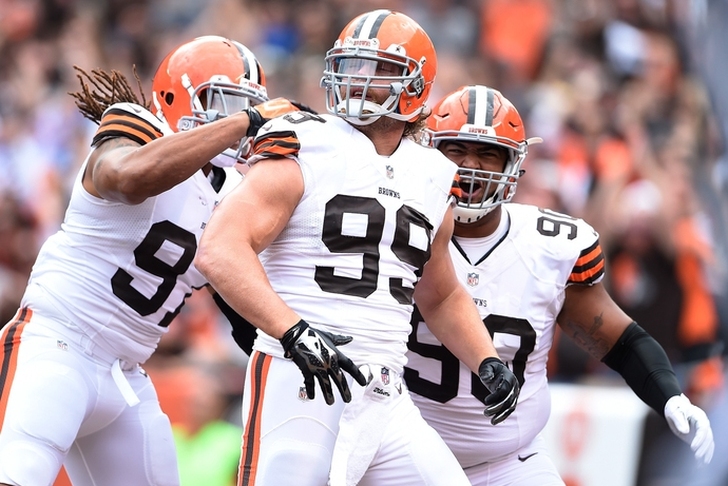 The preseason is starting to wind down for the Cleveland Browns, especially with the first set of roster cuts set for Tuesday. The Browns are in a rebuilding year, and the two-deep will likely feature plenty of young players. That makes the roster cuts and the rest of preseason a critical time for the Browns. With that in mind, here are the latest preseason news and notes on the Browns.

Paul Kruger Cut
In a bit of surprising move, the Browns have cut projected starting OLB Paul Kruger. He was not too happy about the decision, as he showed on Twitter.

Kruger signed a five-year, $40 million deal in 2013, when the Browns snagged him from the Ravens. He had just 2.5 sacks last season, but the Browns' defense as a whole struggled. His release saves the Browns $5.3 million in cap space. Second round pick Emmanuel Ogbah could get the starting nod now. For the other roster cuts from Monday, scroll to the bottom.

Joe Haden Back On The Field
Haden made his preseason debut in Week 3 and he was happy to be back on the field after missing most of last season.

"I felt pretty good, just being able to be out there with my teammates, live action, playing my game," Haden told the Cleveland Plain-Dealer. "I haven’t played since the Arizona game last season, so it’s been a while, and it just felt good being back out there."

Haden struggled last year, although that was in large part because of injuries. The Browns are banking on him returning to his old form as one of the top CBs in the NFL. Haden did say he wasn't quite in game-shape yet.

Davis and Hayden are the biggest names outside of Kruger. Davis was fighting for a roster spot after making two starts last year. That leaves Robert Griffin III, Josh McCown and Cody Kessler as the likely QB depth chart for the Browns. Hayden started for the Cowboys last year, but struggled. The Browns will need to make one other move by Tuesday to get down to the 75-man limit.