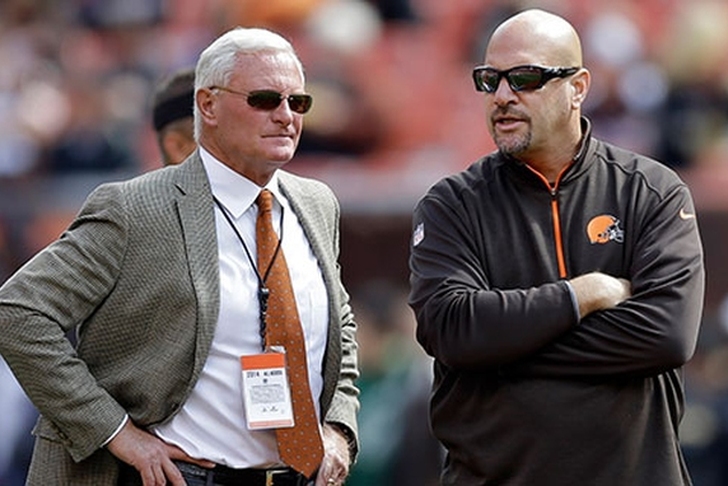 There has been plenty of speculation surrounding the job security of Cleveland Browns head coach Mike Pettine given the Browns' 3-12 record this season.

Team owner Jimmy Haslam hasn't spoken publicly on the matter yet, and apparently, he isn't speaking privately about it either. According to NFL Network's Ian Rapoport, Pettine asked Haslam about his future with the team during a meeting, and Haslam refused to respond.

“Pettine actually asked him, ‘Have you made a decision about my future?’ And Haslam would not answer, and that essentially ended that meeting,” Rapoport said.

Haslam's refusal to talk to Pettine about it seems to indicate that Pettine won't be back with the team next season. He has posted a 10-21 record in his two seasons in Cleveland, including a 7-9 mark last year.

If Pettine does get fired, the Browns will be looking for their ninth coach since 1999, including five since 2010. Cleveland has not made the playoffs since the 2002-03 season, and hasn't won a playoff game since 1995.