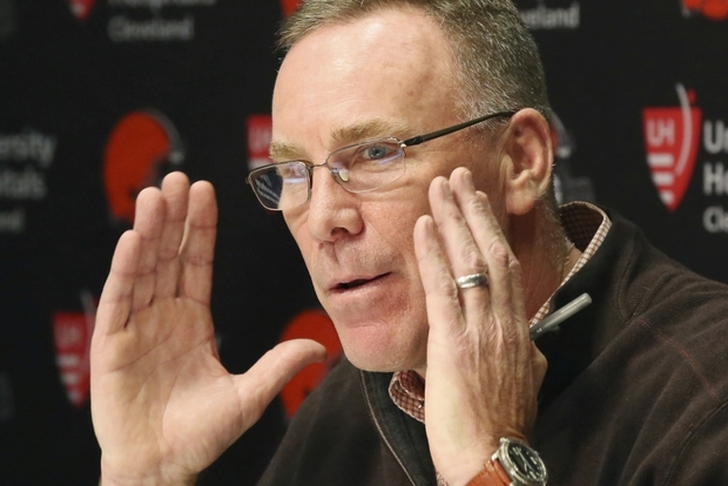 The Cleveland Browns have both the No. 1 and No. 4 overall picks in the upcoming NFL Draft, and new general manager John Dorsey said the team is willing to trade that top pick.

This news comes on the heels of a report from draft insider Tony Pauline that the Browns are "not enamored" with any of this year's top quarterback prospects. If that's the case, it makes sense for them to trade back and acquire more assets.

However, it's still very much in the realm of possibility for the Browns to trade the No. 1 pick and then draft another quarterback at No. 4.

This year's top four quarterback prospects - UCLA's Josh Rosen, USC's Sam Darnold, Oklahoma's Baker Mayfield, and Wyoming's Josh Allen - are all expected to be selected in the top half of the first round. A number of other quarterbacks, namely Oklahoma State's Mason Rudolph and Louisville's Lamar Jackson, are expected to be available early in the second round.

The No. 1 pick was last traded in 2016 when the Los Angeles Rams sent a package that included two first-rounders and two second-rounders to the Tennessee Titans to select Jared Goff.