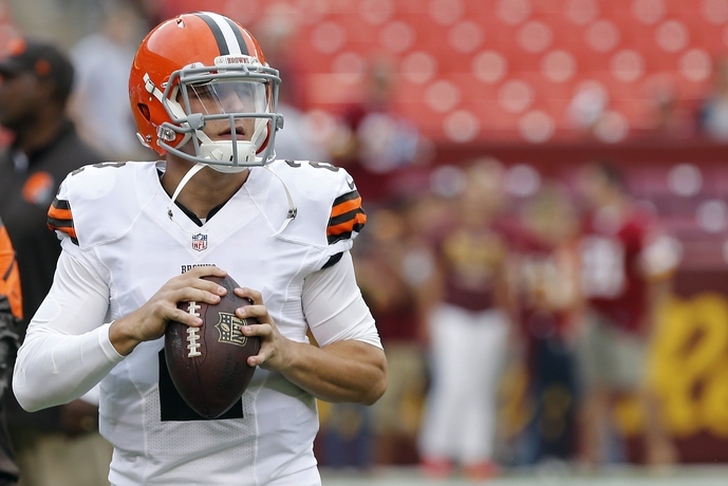 The Cleveland Browns won't be making the playoffs this season. At 3-11, the Browns have already been eliminated from playoff contention. That means attention is now turning to the offseason and what the Browns need to do to have more success next year.

With the season essentially over for Cleveland, we're here to highlight the Browns' team needs. The Browns are still rebuilding and could end up firing both their head coach and general manager. The Browns have plenty of needs to address in free agency and the draft. The Browns have some cap space as well, with roughly $14 million in money to spend next season. That doesn't include the likely rise in the salary cap. Although fans might want a new coach, general manager (especially GM), owner or whatever, I'm only detailing positional needs here. With all that in mind, here are the Browns 2016 Team Needs:

1. Wide Receiver
Travis Benjamin showed some ability, but he's also a free agent. Andrew Hawkins can stay as the slot WR, but the team needs a true No. 1 WR. Dwayne Bowe has been a complete bust this season and wasn't worth the paper he signed his two-year, $12.5 million contract on. His cap hit is tied for the fourth most on the team next season and the team needs to cut. Adding a free agent and/or spending a draft pick or two is needed.

2. Offensive Tackle
Mitchell Schwartz was strong this season, but is a free agent. The Browns need to bring him back. At 26, it might cost them a bit to do so.

3. Quarterback
For starters, is Johnny Manziel the answer? He hasn't been great this season and the Browns really should have turned to him as the starter earlier this season to see what he has. The Browns could be in a position to draft a (potential) franchise QB in the draft and they might do so. Josh McCown is best as a veteran backup/mentor and he likely won't be going anywhere.

4. Free Safety
Tashaun Gipson is a free agent and wasn't that great this season anyway. He was much, much better last season and is worth bringing back. If the Browns let him walk, a new starter is needed.

5. Outside Linebacker
Paul Kruger played well last season, but that's only one starter. The team tried to deal Barkevious Mingo before the deadline and team needs pass rushing help. Armonty Bryant isn't the answer, although Nate Orchard might be. Still, the team could use another option.

6. Inside Linebacker
Karlos Dansby can keep starting, but he's also aging. Chris Kirksey might be ready for a full-time starting position next season. Craig Roberson is a free agent and can be upgraded anyway. Spending mid-round draft pick makes sense.

7. Kicker
Travis Coons is a free agent. He missed three field goals and two extra points this season, so the team might look for someone else this offseason.

8. Guard
Joel Bitonio looks like one starter, but John Greco is aging and coming off an injury. Austin Pasztor is a free agent and wasn't great. Cam Erving is the ideal starter, but he was terrible in his rookie season. He'll likely get another shot next year.

9. Center
I'm putting this here just in case Alex Mack elects to opt out of his contract. That's unlikely, but if it happens, the Browns will need a new starter.