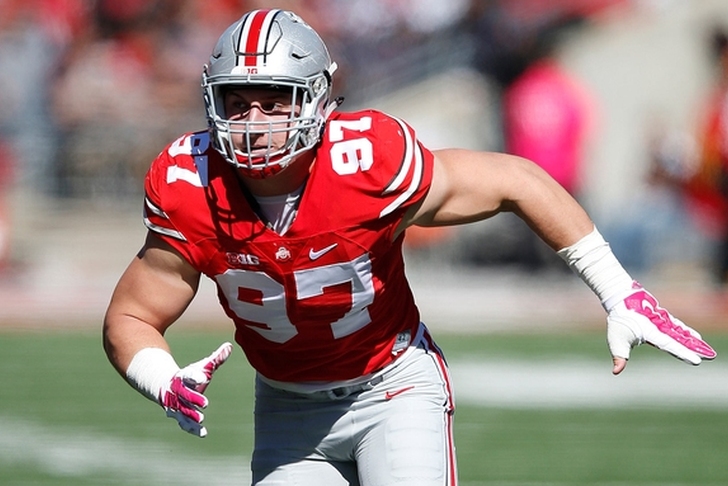 The Cleveland Browns hold the No. 2 overall pick in the 2016 NFL Draft after a rough season that resulted in yet another regime change. With several needs and free agency essentially over, the Browns are looking to the draft to address them. Cleveland is hoping that this year's draft will be the foundation for their rebuilding process. Here are all the latest Browns Rumors that you need to know.

OSU DE Joey Bosa Visits
If the Browns don't take a QB at No. 2 overall, they could take a defensive player like Ohio State's Joey Bosa. He visited the Browns Thursday, reports Ian Rapoport. The overlap of Ohio State and Browns fans means there is a contingent that wants Bosa in Cleveland. However, Bosa might not be the best fit in the Browns' 3-4 defense.

Jared Goff Worked Out
While most experts have linked the Browns to North Dakota State QB Carson Wentz, they're also looking at Jared Goff.

While Wentz is still the favorite to go No. 2 overall, Goff could be the target if the Browns move down a few spots.

WRs Visit Browns
The Browns know they need WR help, with head coach Hue Jackson calling it an area the team needs to address. The Browns had visits with two of the draft's top WRs this week in Ole Miss' Laquon Treadwell and Notre Dame's Will Fulller. Cleveland could very well spend the No. 32 overall pick on a WR, assuming they don't move up or down from that spot. Both Fuller and Treadwell could be off the board when the Browns pick, but it sounds like Cleveland is at least doing their due diligence in the event one or both are on the board.

Follow our Cleveland Browns team page for all the latest Browns rumors!