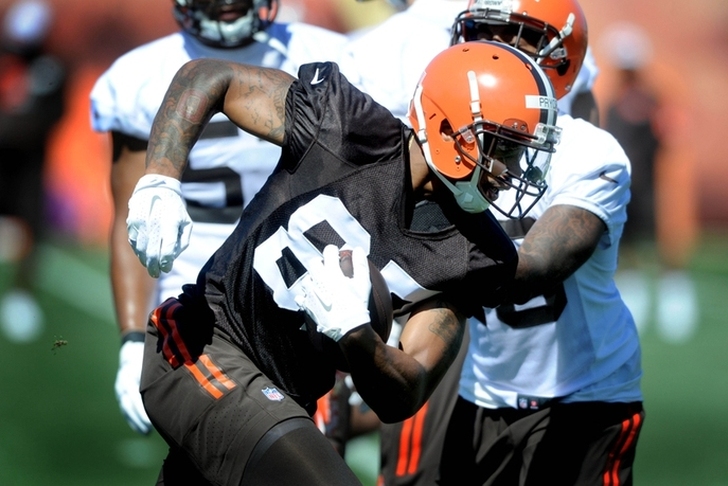 While he won't be utilized as a quarterback save for perhaps some trick packages, former Oakland Raiders starting quarterback Terrelle Pryor has survived the Cleveland Browns' last round of cuts and will make their 53-man roster as a wide receiver heading into Week 1.

Via Mary Kay Cabot of the Northeast Ohio Media Group:

Pryor's inclusion the roster comes as somewhat of a surprise after head coach Mike Pettine's recent admission that such a move would constitute a "leap of faith."

"It is a project to take a guy that has played quarterback for the vast majority of his football career,'' Pettine said. "Even if he had stayed completely healthy, I don't know if we would have all the results in or feel 100 percent comfortable. Even if he had gone the whole time and not gotten injured, it certainly it would be a leap of faith."

On the other side of things, fourth-round pick Vince Mayle's spot on the WR bubble likely burst because of Pryor's inclusion. RB Shawn Draughn also was shown the door while Terrance West remains on the roster despite swirling rumors to the contrary.