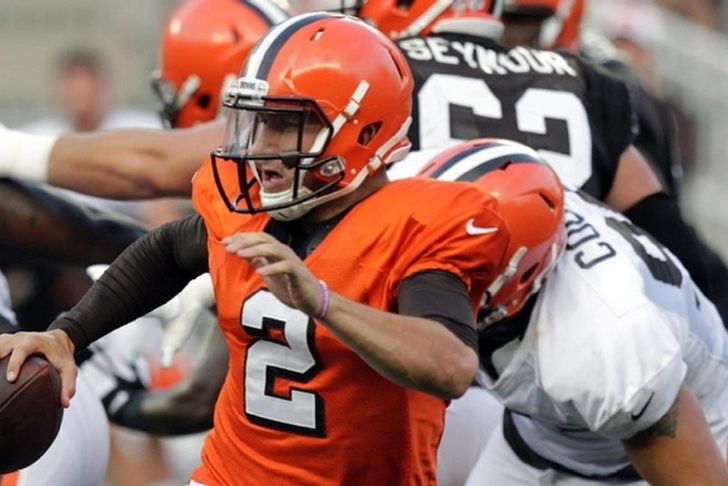 While the going assumption is that the Cleveland Browns will move forward into the 2015 NFL regular season with veteran Josh McCown as their starting quarterback, Johnny Manziel's impressive training camp and at Friday's annual scrimmage has caught the attention of Manziel's teammates, including offensive tackle Joe Thomas.

“He’s really proved to a lot of people that this is important to him and he’s ready to be an NFL starting quarterback,” said Thomas, via Waiting For Next Year. “Playing well in the scrimmage tonight and looking like an NFL quarterback is another good step in the direction that he wants to go. He’s just earning that trust of his teammates that he’s going to need to do if he wants to be that starter. He impressed a lot of people out here tonight.”

Manziel didn't play with the first team offense last night, but he still looked dominant leading a unit full of backups, going 9-for-11 for 93 yards and two touchdowns.

“We always knew he had the talent,” Thomas said last night. “So it was never a matter of the talent that he had. You’re starting to see the work that he put in off the field, but the commitment that he’s made in the meeting room. Studying film when he doesn’t need to be. Doing the things that a starting quarterback has to do. I think you’re seeing it now that he’s in competitive situations he’s able to let that talent go and play well. And that’s what you saw today.”