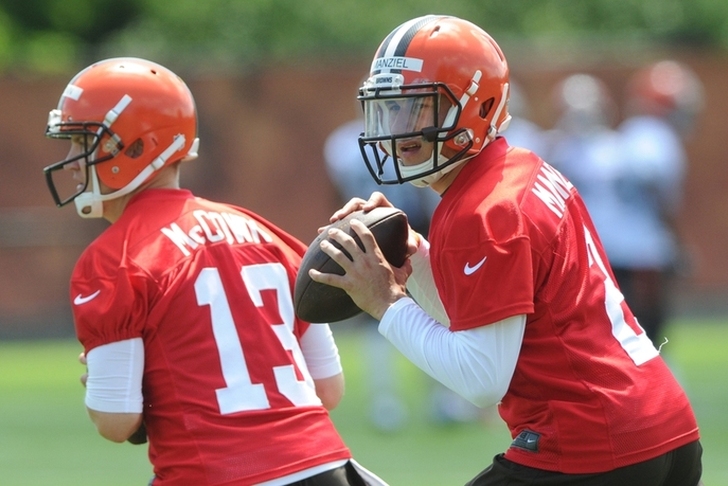 Cleveland Browns players arrived in Berea, Ohio last Wednesday to start the team's 2015 training camp, with practices beginning on Thursday. After an encouraging start to the 2014 season, the Browns fell into a tailspin of injuries and inconsistency late in the campaign en route to a 7-9 finish. What is the Browns coaching staff emphasizing in order to improve on that mark? What should you focus your attention on as Cleveland's training camp progresses? Here's a complete primer on the Browns' training camp for 2015.

Here's the remaining practice times/preseason events for the rest of August/early September:

Keep an eye on first-round pick Cam Erving as a potential replacement for Mitchell Schwartz at right tackle even though he started camp at the right guard spot. On the defensive line, Phil Taylor, Desmond Bryant, John Hughes, Billy Winn, Randy Starks and Armonty Bryant, along with rookies Xavier Cooper and Danny Shelton will all be jockeying for playing time in the heat. Finally, watch out for rookie Duke Johnson in the backfield. While Isaiah Crowell and Terrance West are virtual locks to land ahead of him on the depth chart, the University of Miami product could increase his touches by a significant amount with a huge camp showing.

Until the Cleveland Browns are stabilized under center with a clear-cut #1 option, the quarterback position will remain the front-page storyline for the team. Josh McCown is the starting quarterback heading into camp, although coach Mike Pettine said recently that he "wouldn't rule it out [Manziel starting], but if I had to say 'will Josh McCown likely be our day one starter.' A lot can happen over the course of a preseason, so let's not rule out the possibility of a QB competition just yet.