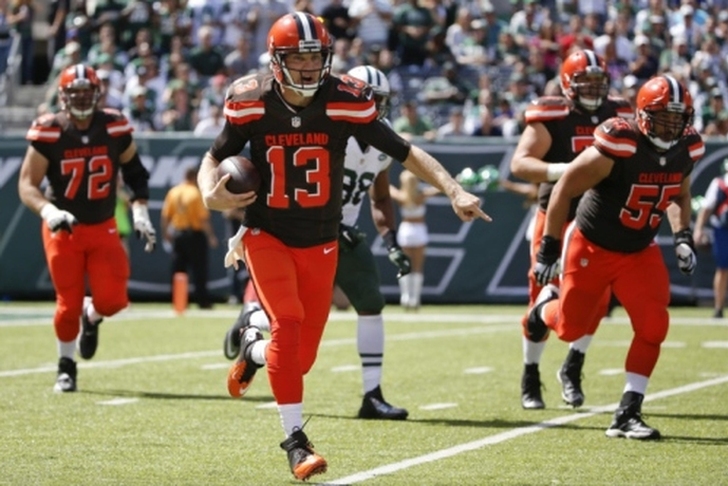 The Cleveland Browns plan to start quarterback Josh McCown on Sunday against the Tennessee Titans if he's cleared through the NFL's concussion protocol, according to the Big Ten Network's Nicole Darin:

Cleveland will start Josh McCown if he practices w/o issue Friday. In sum: Browns would rather start a guy w/ concussion than Johnny Manziel

McCown suffered a concussion on Cleveland's first drive on this play:

Manziel took over from there and completed over 54 percent of his passes for 182 yards with one touchdown and one interception. He also fumbled the ball twice.