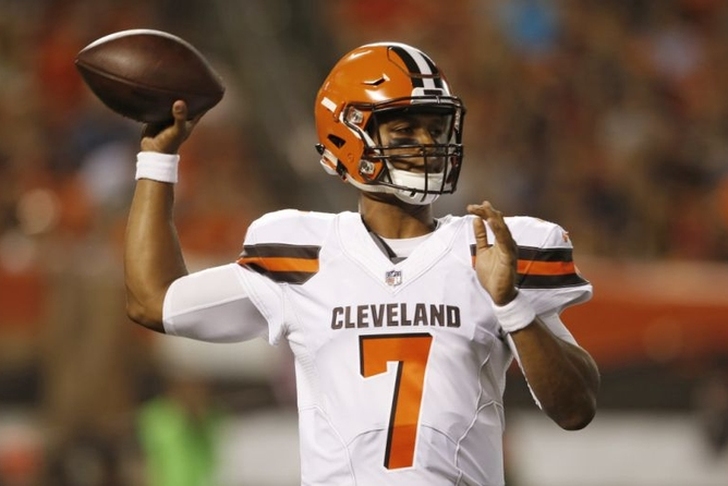 Cleveland Browns head coach Hue Jackson announced during a conference call on Sunday that rookie DeShone Kizer would be the team's starting quarterback.

"He’s earned the right,” Jackson said, via Mary Kay Cabot of the Cleveland Plain Dealer. “This is not just for the moment. It’s very exciting. It’s been good to watch his development. We all have to do our jobs to better support him.”

Kizer started the the Week 3 "dress rehearsal" preseason game for Cleveland on Saturday but struggled, completing just 6/18 passes for 93 yards and an interception. However, he has been more effective moving that ball than any other quarterback on the roster.

He was not expected to compete for the starting job when Cleveland drafted him in the second round, but he has played better than both Cody Kessler and Brock Osweiler - who Cleveland is now trying to trade - in the preseason. Those two are still competing for the backup job.

Kizer, who is not expected to play in the final preseason game, now becomes the 27th starting quarterback for the Browns since 1999 and the 15th different opening day starter. He passed for 2,925 yards with 26 touchdowns and nine interceptions while rushing for 472 yards and eight more scores last year for Notre Dame.