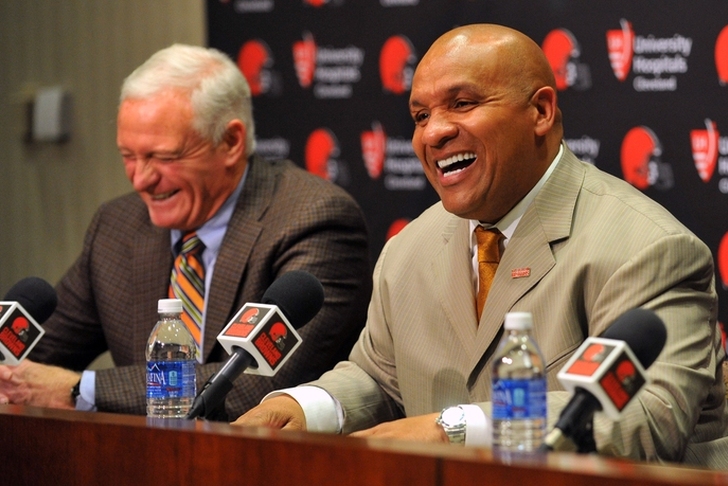 The Cleveland Browns have made another notable change to their front office. The Browns announced that team president Alec Scheiner will step down, effective March 31st. However, he will remain on staff as a consultant through the end of 2016.

"We greatly appreciate Alec's commitment and work as President of the Cleveland Browns," Browns Owners Dee and Jimmy Haslam said in a statement. "Alec is extremely capable and has helped us establish some very positive inroads with a significant focus on our fan experience, FirstEnergy Stadium and our business partners. He was integral to the rebuild of our organization, the renovations of our stadium and training facility, and many of our strategies on the football side of our business. His guidance has helped us accelerate our learning curve as NFL owners and that is something we will always appreciate. Alec is ready for the next challenge in his career, as our new structure would limit the opportunity for his leadership. He is one of the most talented executives in the industry, and we are fully confident that Alec will be successful in whatever permanent role he takes next. We wish him and his family only the best."

Scheiner has served as Browns' president since the start of 2013. He was in charge of the renovations of FirstEnergy Stadium in Cleveland.

"I have had an incredible experience with the Browns," Scheiner said in a statement. "Cleveland is amazing and the fans are uniquely passionate. I want to thank Dee and Jimmy Haslam for the opportunity to do what I truly love: rebuilding an organization with a group of people who have shown unparalleled hard work, commitment to their team and city. I look forward to helping the Browns over the next several months as I determine my next challenge."

The stepping down of Scheiner is the latest in several front-office moves the team has undergone with season. General Manager Ray Farmer was fired at the end of the season, along with head coach Mike Pettine. Sashi Brown took over as vice president of football operations, essentially replacing Farmer. The team also hired former MLB GM Paul DePodesta to join the front office.

The loss of Scheiner is a bit of a surprise, as he was considered a leader of the front office earlier this year. However, Scheiner was not present when the team introduced Hue Jackson as head coach. The team has not announced a replacement for Scheiner.