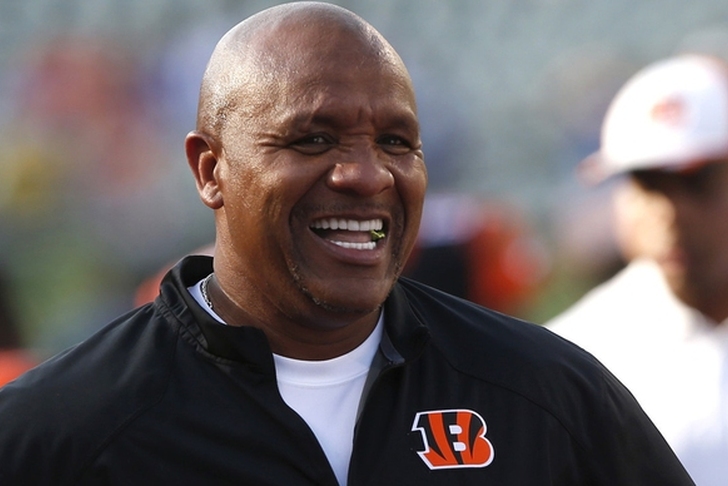 The Cleveland Browns have struggled in recent seasons. The first year of the Mike Pettine Era showed promise, as the Browns went 7-9. But the team regressed badly this year, going 3-13. It was the worst record and worst point differential since 2000.

But the future is looking bright in Cleveland, thanks to the hiring of former Cincinnati Bengals offensive coordinator Hue Jackson. Landing the coveted Jackson was a big addition for Cleveland. Here are 3 Reasons Why The Browns Made A Great Move In Hiring Hue Jackson:

3. Signals The End Of The Manziel Era
It's very clear that Jonny Manziel isn't going to make it as an NFL QB with his current attitude. He's partied far too often and hasn't committed himself to the Browns. He was constantly in Mike Pettine's doghouse, but with Jackson in town, that likely won't be case. Several reports indicate that Jackson wants to move on from Manziel. That's the best thing for the Browns, as Manziel is a lost cause for the team. Manziel might have been a goner if the team didn't hire Jackson, but Jackson wanting to get rid of Manziel is a good thing.

2. Bright Offensive Mind
Jackson's proven his offensive abilities by helping Andy Dalton play like a MVP candidate this year. Jackson has done great work in several stops and he can help provide the offensive boost the team desperately needs. The Bengals had plenty of success running the ball and hopefully Jackson can bring that success to the Browns. Jackson has the tendency to get a little too cute at times, but his track record speaks for itself. It's also why he was such a hot candidate.

1. Top Candidate
The Browns' previous three head coaches are Mike Pettine, Rob Chudzinski and Pat Shurmur. None of those coaches were among the most-wanted candidates and all three struggled with Cleveland. That's not the case with Jackson. Jackson's 8-8 record with the Oakland Raiders in one season and his offensive success is what made him such a desired candidate. Outside of maybe Adam Gase, Jackson was the most targeted coaching candidate. The San Francisco 49ers, New York Giants, and the Philadelphia Eagles all had interest in Jackson. The 49ers interviewed Jackson, the Eagles expressed interest late in the game and the Browns managed to hire Jackson before his interview with the Giants. Landing Jackson was a major move for the Browns.