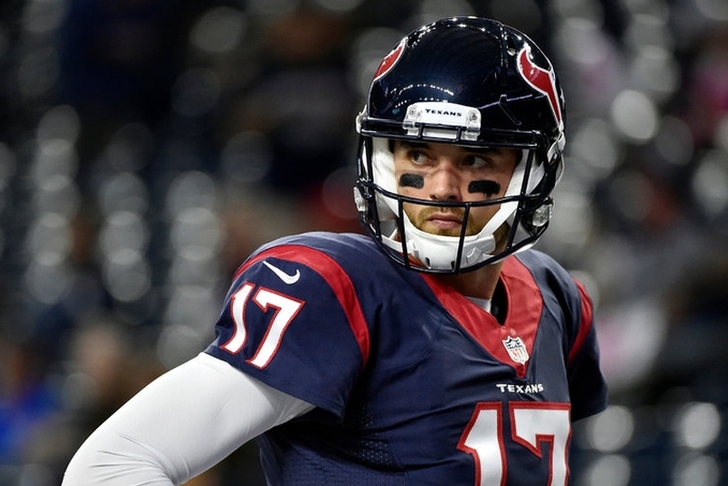 NFL free agency is just a few days old, and the Cleveland Browns have made a few notable moves - including the Brock Osweiler trade. However, they are still ramping up their efforts to fill some needs after the initial free agency frenzy. Here are the latest Browns news & rumors you need to know:

Latest on Brock Osweiler's future
Cleveland made the trade with the Texans to acquire Brock Osweiler for the draft picks, then planned to either trade or release him and simply eat the guaranteed money. However, Osweiler said there has been no news about his future, according to ESPN's John Weinfuss.

In his first public appearance since getting traded to the Cleveland Browns from the Houston Texans for salary-cap space, Brock Osweiler declined to answer media questions.

Osweiler was at the Kurt Warner Ultimate Football Experience, a charity flag-football tournament, at the Arizona Cardinals' practice facility Saturday. After the morning session of games, Osweiler walked past a gaggle of reporters and declined to stop. The quarterback said only, “No news.”

Osweiler finished 2016 with 2,957 passing yards, 15 touchdowns and 16 interceptions while completing just 59 percent of his passes.

Failed negotiations with Terrelle Pryor
Many were surprised when wide receiver Terrelle Pryor signed with the Redskins over the Browns. Washington offered Pryor more flexibility in his contract, and after taking that offer back to Cleveland, the Browns actually reduced their original offer, according to Mary Kay Cabot of Cleveland.com.

Receiver Terrelle Pryor gave the Browns another chance after the Redskins offered him a one-year deal after all, a league source told cleveland.com.

When he came back, the Browns' original offer had been reduced, the source said.

At that point, it made more sense for Pryor to take the higher offer from the Redskins, which is worth $6 million and a chance to make $2 million more in incentives. It also included a $3 million signing bonus.

The source said Pryor wanted to return to the Browns and held out as long as he could for the Browns to increase their original offer of about $8 million over four years with a sizable guarantee.

Pryor and his agent, Drew Rosenhaus, turned down Cleveland's offer because they didn't want to be locked in to a contract for $8 million a year for four years. They wanted to sign a one-year deal with the opportunity to hit the open market again in 2017, where they think Pryor can make "elite receiver money" ($15 million a year) with another big year.

I'm told Dede Westbrook met one-on-one with the New York Jets, Cleveland Browns and San Diego Chargers. As I posted on Twitter, the Jets ran the pass-catching workout for the receivers and running backs.