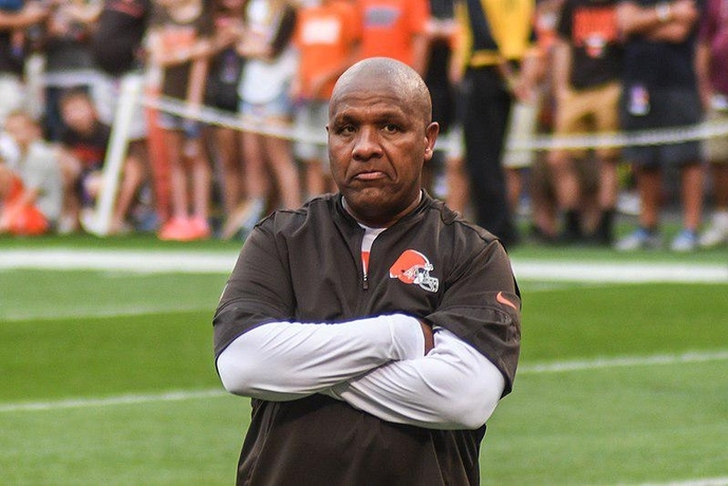 The Cleveland Browns have fired head coach Hue Jackson after a 2-5-1 start to this season. Since taking over as the Browns head coach in 2016, Jackson went 3-36-1, including an 0-16 season in 2017. The Browns broke a 17-game losing streak by opening this season with a 21-21 tie against the Pittsburgh Steelers.

Rookie quarterback (and 2018 #1 overall draft pick) Baker Mayfield came off the bench in Week 3 against the Jets to lead the Browns to their first win since Week 16 2016.

It was initial reported that the Browns would name Al Saunders, a senior offensive assistant as interim head coach. However, reports now say that defensive coordinator Gregg Williams will take over.

NEXT: Top 10 Candidates To Replace Hue Jackson As Next Cleveland Browns Head Coach In 2019​