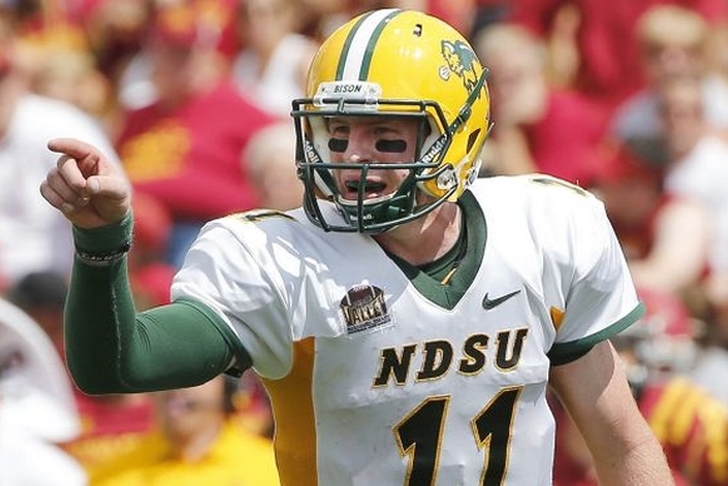 It's not breaking news that the Cleveland Browns' draft plans start with drafting a quarterback in the first round, but they haven't revealed whether they favor North Dakota State's Carson Wentz or Cal's Jared Goff with the No. 2 overall pick in the draft.

However, new head coach Hue Jackson may have tipped his hand at the NFL Combine when talking about....hand size?

Jackson stressed the importance of a quarterback having big hands, saying it matters when playing in the inclement weather they'll see a lot in the AFC North.

Wentz didn't have any problems playing in inclement weather while at North Dakota State, while Goff is said to have the smallest hands of any quarterback drafted in the first round since Ryan Tannehill.

Obviously, a lot more will go into the Browns' quarterback decision than hand size, but it's an area that clearly favors Wentz - and something that Jackson clearly puts a good deal of emphasis on.

Follow our Cleveland Browns news page for all the latest Browns draft news!

Back to the Cleveland Browns Newsfeed
16 shares Share on FB Share on Twitter
Another article you might like: NFL Rumors: Jamal Adams Trade?, Hunter Henry Latest, Sam Darnold or Lamar Jackson & The Match With Tiger Woods, Phil Mickelson, Peyton Manning and Tom Brady >>