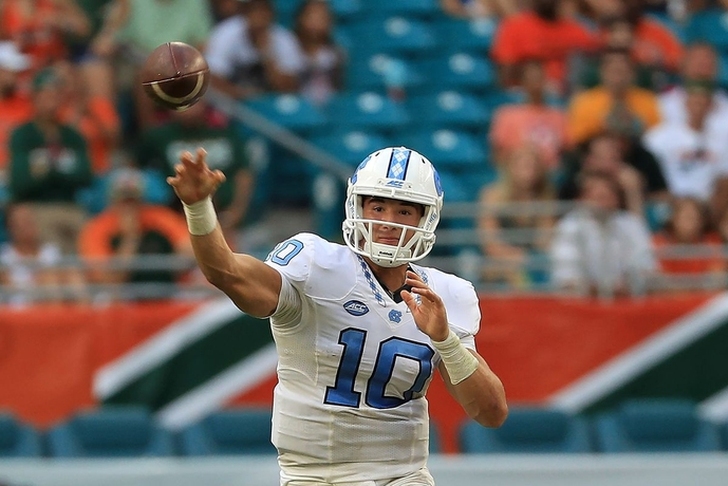 The Cleveland Browns have also been open about their desire to draft Trubisky, even debating taking him with the No. 1 overall pick over Texas A&M defensive end Myles Garrett.

Because of that, San Francisco's interest in Trubisky - and even the Chicago Bears' reported interest in him at No. 3 - are likely smokescreens to try and get the Browns to pull the trigger on Trubisky with that top pick, allowing Garrett to fall, according to ESPN Cleveland's Tony Grossi.

Grossi: "It seems to me that the Browns are being manipulated into trading up. They're spooked that someone is taking Trubisky b4 12."

Cleveland has been in trade talks with the New York Jets about moving up to the No. 6 spot, but it appears as if the Browns don't want to risk trading up if Trubisky is going to be off the board. As such, they may pass on Garrett for Trubisky at No. 1 and use their other first round pick to draft a defensive player in order to ensure they land Trubisky.

Grossi: "Don't be surprised if they secure a trade up from 12 BEFORE the draft, use the number one pick on Trubisky, go D after that."

Grossi: "It comes down to whether they would rather have Trubisky and Solomon Thomas or Watson and Garrett."