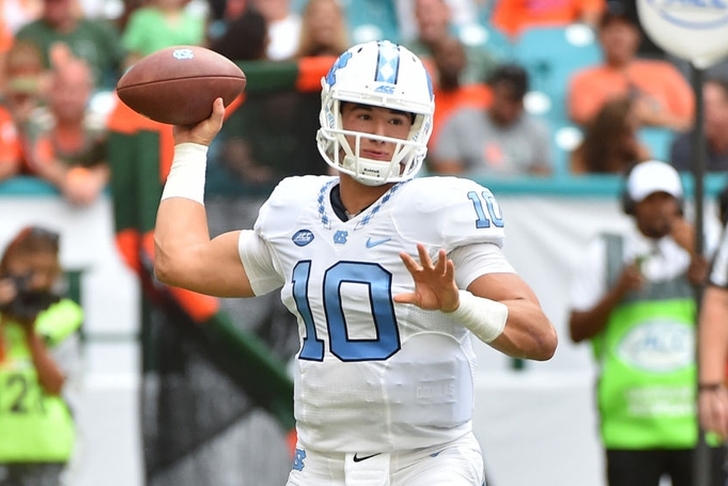 If they have their pick of quarterbacks at that selection, Cleveland will take North Carolina's Mitch Trubisky, according to Mary Kay Cabot of Cleveland.com.

In that scenario, I think they'd take Mentor's own Mitch Trubisky ahead of Deshaun Watson. I think the Browns like his arm talent and his upside potential despite the fact he started only 13 games. But it depends, in part, on how his private workout went with the club in Berea on Friday. Like other teams I've talked to, the Browns need to understand why Trubisky couldn't land the starting job his first two seasons at North Carolina. Even Bruce Arians told me at the NFL Annual meeting "that's always bugging me.'' Trubisky also let Watson steal the show at the NFL Combine. But many talent evaluators I've talked to like Trubisky's arm talent better, even though Watson has the "it'' factor and steps in big games.

There is a good chance that Trubisky is off the board by the time Cleveland's second pick comes up, and if that's the case, the Browns may pass on a quarterback altogether.