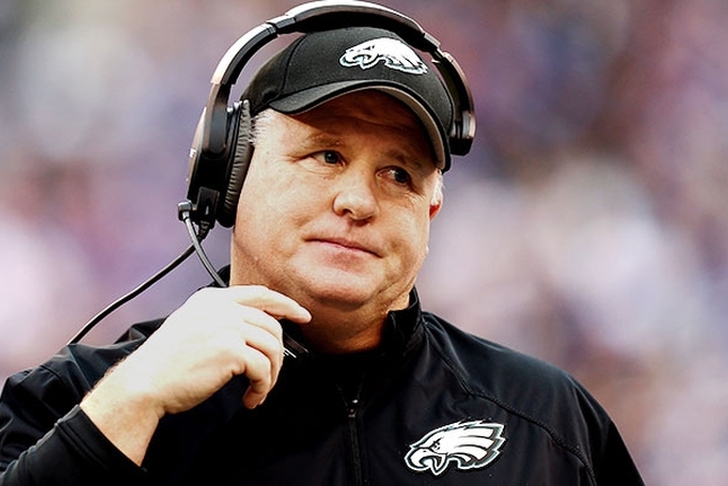 The Cleveland Browns fired head coach Mike Pettine and general manager Ray Farmer on Sunday following their loss to the Pittsburgh Steelers on Sunday, dropping them to 3-13 on the year. Cleveland is now looking for their fourth head coach in five seasons, and they're already targeting several of the league's top coordinators - along with one familiar coach. Here are the latest rumors surrounding the Browns' coaching search:

Chip Kelly to the Browns?
Kelly doesn't have any shortage of coaching opportunities since being fired by Philadelphia, but the Browns seems to be making a strong push to land his services after deciding to part ways with Pettine:

Plugged-in source just said to keep an eye on Chip Kelly to the Browns.

Cleveland had been reported to be pursuing Ohio State head coach Urban Meyer and offered to give him a significant amount of personnel control, but Meyer has said he won't leave the Buckeyes. It remains to be seen if they would be willing to give that kind of control to Kelly, but Cleveland is very intrigued by the idea of pairing him with quarterback Johnny Manziel, who Kelly recruited hard while he was at Oregon.

Cleveland still interested in Doug Marrone
Former Buffalo Bills head coach Doug Marrone is expected to be a frontrunner for the Browns job, but he isn't scheduled to interview with the team at this time. However, that doesn't mean they don't plan to pursue him. Browns owner Jimmy Haslam interviewd Marrone in 2013 before he took the Bills job and remains interested in him as a coaching option.