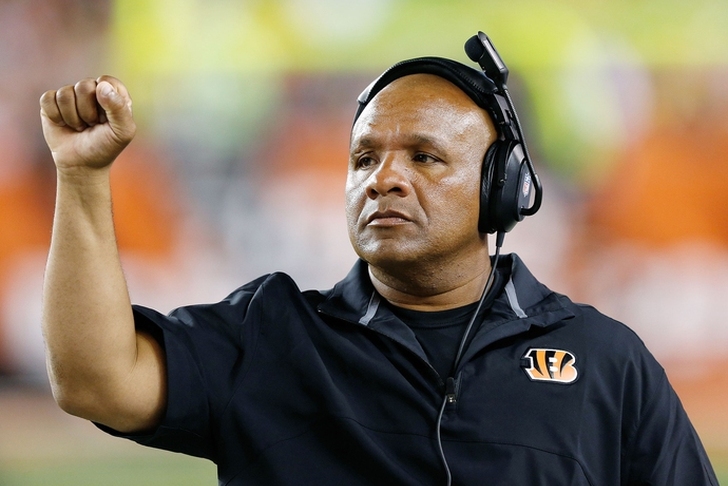 The NFL Playoffs are in full swing, but the focus for the Cleveland Browns remains squarely on the search for former head coach Mike Pettine's replacement. Here are the latest and most interesting Browns coaching rumors and news for Sunday, January 10th.

Browns Interview Sean McDermott
This isn't a surprise, but the Browns announced one of their interviews today.

McDermott led the Panthers' defense to a great effort this season and he's a popular name for several open jobs.

Hue Jackson Update
The Browns are interviewing Bengals' offensive coordinator today, but it's not Jackson's only interview. Jackson met with the 49ers before the Browns and the 49ers have Jackson as their No. 1 option. However, Mary Kat Cabot of Cleveland.com reports Jackson has the Browns and 49ers as equals. Cabot says Jackson is open to taking the Browns' job.

Patricia is a former engineer and could be a great fit if the team wants to go heavy with analytical approach. The hiring of Paul DePodesta has led to speculation that could be the case.