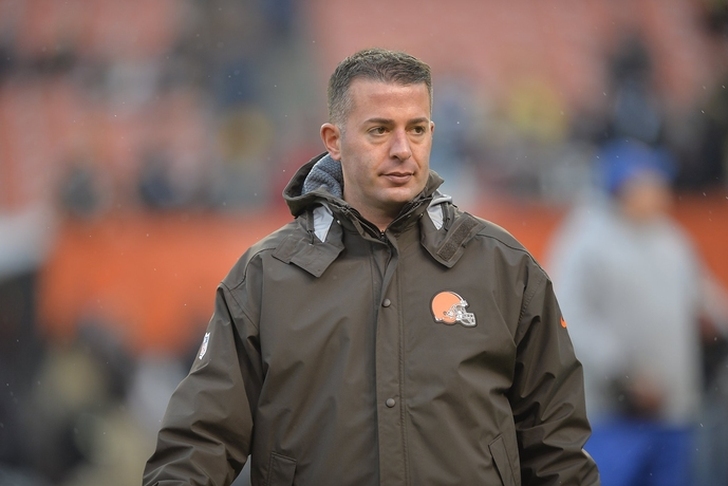 The NFL Playoffs are in full swing, but the focus for the Cleveland Browns remains squarely on the search for former head coach Mike Pettine's replacement. Here are the latest and most interesting Browns coaching rumors and news for Monday, January 11th.

Browns Want Jackson
The Browns reportedly have Hue Jackson at the top of their coaching list.

Things are about to get interesting. #Browns are set to make a big push to hire Hue Jackson, source said. They'd like to close it out.

Several teams, including the 49ers and Giants, are reportedly high on Jackson. He's the top candidate on the market now that Adam Gase has already joined the Dolphins.

Browns Could Keep Four Assistants
The Browns are searching for a new head coach, but are also keeping in mind a few assistants. The team has asked four assistant coaches to stay on staff if the new head coach wants them.

DeFilippo has already interviewed with several teams and will likely have little trouble finding employment next season. Those were the only four coaches asked to stay on. The coaches who were fired are not happy with the organization.

Fired Coaches Upset With Team
Sports Illustrated's Peter King reports the Cleveland staff was told the team will not pick up the bill for Senior Bowl tickets, nor will the team allow the coaches to buy two Super Bowl tickets.

The Super Bowl tickets are a perk that all NFL players and coaches have. The team changed course Monday on the Super Bowl, allowing the coaches to buy tickets. However, the Senior Bowl is still not an option for the dismissed coaches. The Senior Bowl often serves as a networking event for coaches, so it's understandable that the recently fired coaches are upset they won't have their usual access.