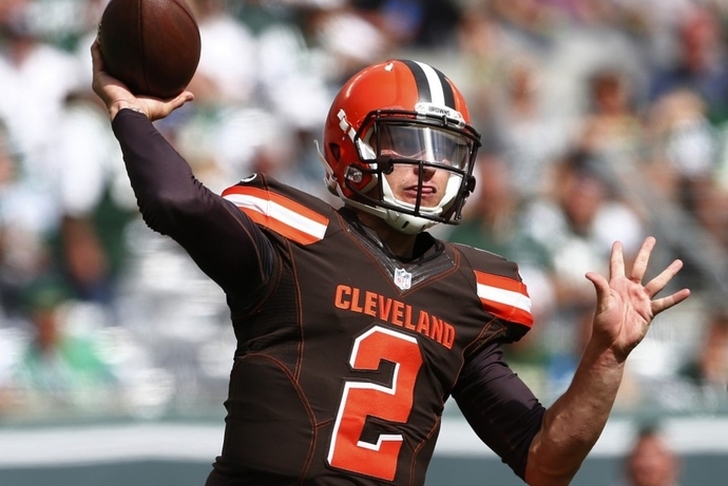 The Cleveland Browns will start Johnny Manziel at quarterback on Sunday against the Titans over Josh McCown, head coach Mike Pettine announced on Friday.

McCown suffered a concussion in their Week 1 loss to the New York Jets, and he still has not passed the NFL's concussion protocol.

The Browns were planning to start McCown this weekend if he practiced on Friday, but that won't be the case.

Manziel completed over 54 percent of his passes for 182 yards with one touchdown and one interception after taking over for McCown against the Jets. He also fumbled the ball twice.