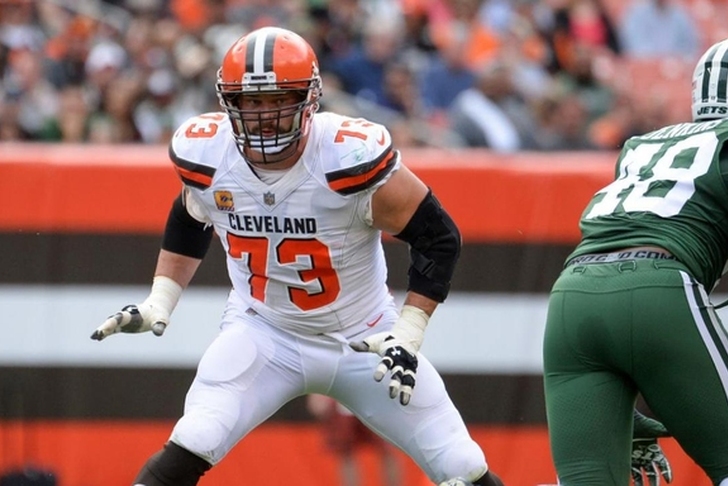 “This was an extremely difficult decision, but the right one for me and my family,” Thomas said. “Playing in the NFL has taken a toll on my body and I can no longer physically compete at the level I need to.”

“From the moment I was drafted, the city embraced me in a way that I could never fully describe. I am proud to call Cleveland home. The loyalty and passion of the fans is unmatched and it was an honor to play in front of them from the past 11 years. I would like to thank all of the coaches, teammates, staff, fans and everyone who has shown me support throughout my career. Even though I will be hanging up my cleats, I will always be a Cleveland Brown.”

Thomas spent his entire 11-year career with the Browns and was selected to the Pro Bowl 10 times.

He notably played 10,363 consecutive snaps - from the first game his rookie year until an Oct. 22 loss to the Titans - and the Browns plan to honor him by enshrining that 10,363 number in their Ring of Honor next season.

“Joe has been a pillar of our organization and one of the greatest to put on a Cleveland Browns uniform,” Browns owners Dee and Jimmy Haslam said. “We want to thank him for everything he has done for the Browns and the Northeast Ohio community. We should all strive for the standard Joe has set to always be available, put the team above yourself and always give maximum effort. One of the first ways we will acknowledge and honor his accomplishments is to enshrine the number 10,363 to recognize his consecutive snaps streak in the team’s Ring of Honor at a home game this season. It also won’t be long before he takes his rightful place down the road in Canton at the Pro Football Hall of Fame.”

It is believed to be the longest consecutive snap streak in NFL history. Thomas suffered a torn triceps in that loss to Tennessee, which effectively ended his career.

2017 was the only season in which Thomas did not make the Pro Bowl, but is one of five players in league history to be named to the Pro Bowl in each of their first 10 seasons in the league, joining Pro Football Hall of Famers Barry Sanders, Lawrence Taylor, Mel Renfro, and Merlin Olsen.