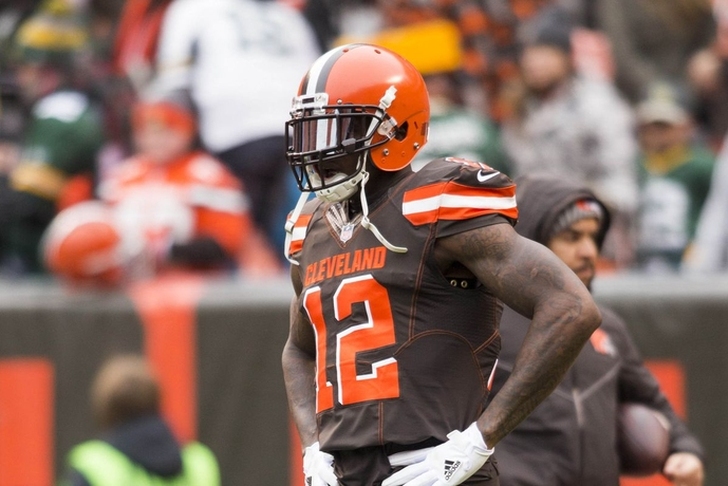 The Cleveland Browns and head coach Hue Jackson announced wide receiver Josh Gordon will no longer be with the team.

According to Ian Rapoport, Gordon was late to Browns facilities today, and the Browns had run out of patience with the wide receiver. Gordon also showed up with a hamstring issue. Gordon apparently injured his hamstring at a promotional shoot, not while at practice.

The Patriots, Cowboys, and 49ers are currently the odds-on favorites to land Gordon via several sports betting sites.

GM John Dorsey recently released a statement: "This afternoon we informed Josh Gordon and his representatives that we are going to release him on Monday. For the past six years, the Browns have fully supported and invested in Josh, both personally and professionally, and wanted the best for him, but unfortunately we've reached a point where we feel it's best to part ways and moves forward. We wish Josh well."

More on this story will be on the Chat Sports YouTube channel in the coming days. Subscribe now for NFL highlights, news, rumors, and much more this season!

The 27-year-old wide out was one of the premier players at his position before multiple drug and alcohol-related incidents forced him to miss significant time. Appearing in five games in 2017, Gordon had 18 receptions for 335 yards and one touchdown.