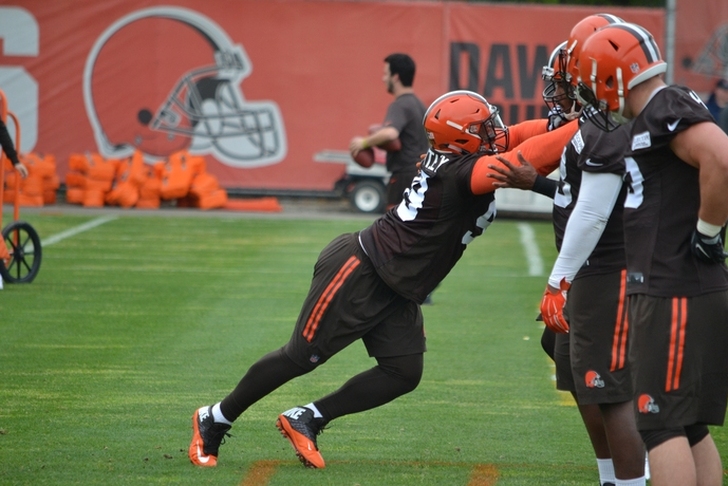 The battery charge against Cleveland Browns rookie defensive tackle Caleb Brantley has been dropped. The Tampa Bay Times reports Brantley won't face any charges because of "insufficient evidence to sustain a conviction."

"It is obvious that the State Attorney's Office did a thorough investigation into this case," Amy Osteryoung, one of Brantley's attorneys said. "It should be equally apparent that we agree with his decision. "I spoke with Mr. Brantley and he is both relieved and thankful this investigation has concluded. He is looking forward to beginning the next chapter in his life with the Cleveland Browns."

The decision on Wednesday ends a case that dated back to April 13th. Brantley rejected the advances of a woman in Gainesville, with the Tampa Bay Times reporting that part is not in dispute. The original police report listed Brantley as the victim of the incident, stating the female Florida student, named Chelsea Austin, punched Brantley before he shoved her away.

A witness, a security guard, said the original police report was accurate and that Austin was the aggressor.

The incident played a role in Brantley falling all the way to the sixth round of the NFL Draft. Before the charge, he was viewed as a Day 2 pick. Brantley is now in line for a contract worth roughly $2.6 million. His teammate, Quincy Wilson, who went in the middle of the second, will get about $5.8 million.

The Browns had previously said they could elect to not keep Brantley depending on what happened with the investigation. The charges being dropped means Brantley should get a chance to make the roster.