Why Give Retired NFL Players 3rd and 4th Chances? 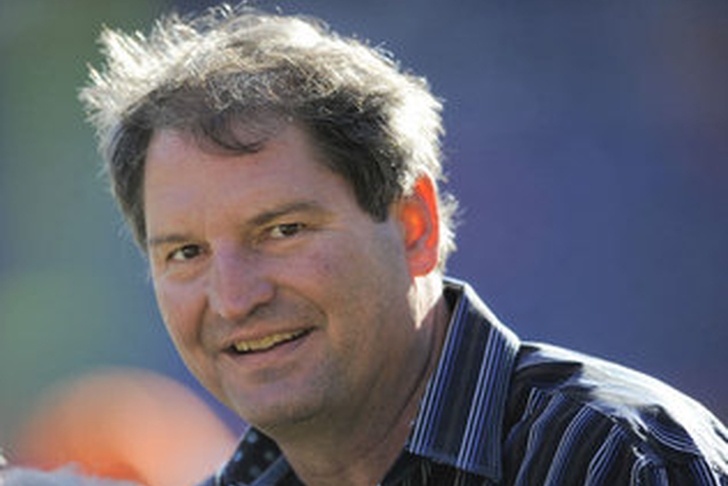 In the early morning of September 30th, former Cleveland Browns quarterback, Bernie Kosar was arrested for Driving Under the Influence. During his sobriety stop, conducted at 2:45 am in Solon, Ohio, Kosar made claims that he was unable to complete a sobriety test because the Browns offensive line “couldn’t block”. Kosar has had multiple surgeries, and suffered numerous concussions during his playing years  (1985-1996).

Kosar was also in the news earlier this year due to off-color comments made while serving as the analyst during a Browns v. St. Louis Rams pre-season game. During the game Kosar mentioned multiple times that Rams back-up QB Kellen Clemens was nothing short of unwatchable. Kosar promptly apologized after the story made national news while the Browns organization distanced itself from Kosar’s comments.

Kosar has been forgiven time and time again during his time as a retired player, whereas local hero, Jim Brown, was portrayed as the end of Cleveland football by none other than Mike Holmgren and the previous Cleveland football regime when J. Brown rejected a puff job in the front office of the Browns organization. Brown also had choice words about former Browns 1st round pick, Trent Richardson. Before Richardson had played a down of professional football he was already being compared to Brown, who amassed nearly 15,000 yards of total offense in his career and scored 126 touchdowns. Brown did not take kindly to this comparison and said that he saw “nothing outstanding” about Richardson. Brown was promptly eviscerated by the local media.

Why is it that we continue to love and respect players who frankly didn’t accomplish much, like Kosar, and yet when it comes to players who DESERVE that love and respect, like Brown, we overlook them when they make less than popular opinions? Shouldn’t we value an opinion like Brown’s over some shock jock former athlete like Kosar?

The blessing and curse of Cleveland Browns fans is that despite everything that goes wrong for us, like countless losing seasons and games like “the drive” or “the fumble”, we will always remain loyal to the team and to our heroes. We will always have blind faith in those that led us towards the promised land, but never quite got there due to some stroke of bad luck. Just because Bernie Kosar is from Youngstown and played for the Browns during our good times, doesn’t give him the right to do whatever he wants.

Major athletes take their fans for granted, and it’s a huge problem in our sports world. Kosar doesn’t deserve our sympathy anymore, so why give it?