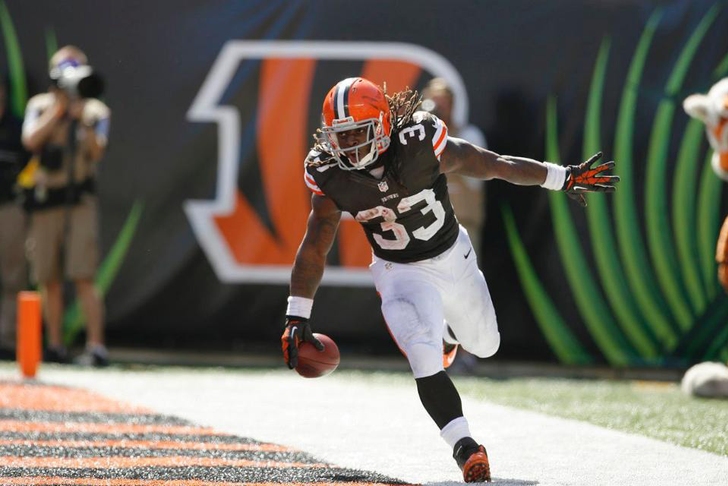 The Trent Richardson trade might be one of the weirdest NFL trades in recent memory. At the time, fans absolutely crushed the Browns for giving up a supposed franchise cornerstone for a future draft pick. Richardson was going to be a stud, and Cleveland was going to use the pick on yet another disaster...except then, the opposite happened.

Since joining the Colts, Richardson has just six touchdowns in 24 games. He's been benched, seen his role shrink considerably, and still hasn't rushed for over 100 yards in a game while wearing a Colts uniform. In two 2013 playoff games, Richardson rushed the ball four times, gaining one yard and losing a fumble.

Meanwhile, that first-rounder Indy sent the other way turned into a guy you might have heard of named Johnny Manziel - it's too early to say if Manziel is a bust or a future star, but you'd have a hard time finding someone in Cleveland who'd rather have Richardson over Johnny Football.

Cleveland plays Indianapolis this Sunday for the first time since the trade, and Richardson has a very...skewed idea of his perception in Ohio.

"I get in the end zone, get a touchdown, I'm going to jump in the Dawg Pound. I know I have some true fans out there, and I know they still love me," he told ESPN.

Richardson should probably ask around before making the jump. The Cleveland fans we talked to all described him somewhere between 'meh' and 'a total bum', so jumping into their arms after scoring on their team might not be the wisest decision.

Previewing Colts-Browns: 5 Questions With Todd From The Fan Indiana