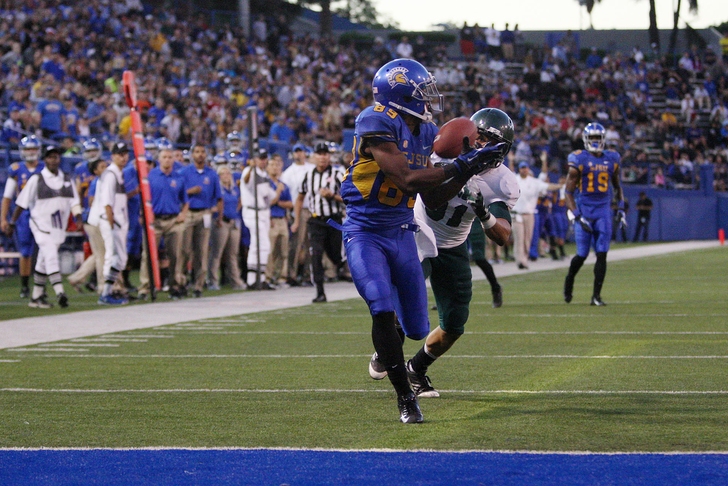 In today's Browns news update, the Cleveland Browns may have happened upon one of the best under-the-radar undrafted free agent signings of the entire offseason in former San Jose State wide receiver Chandler Jones.

Per Sam Ingro of Buckeye State Sports, "overlooked mainly due to his size, the 5’9″ and 183-pound wideout has taken Browns workouts by storm, displaying the speed and route-running necessary to excel in the NFL."

"With his size, many would expect him to immediately be worked into the slot role, but that is currently occupied by another undersized receiver, former Cincinnati Bengal Andrew Hawkins," Ingro continued in an articled posted on Saturday. "Due to Hawkins, Jones has been tried out running deep routes in other formations, and he has begun to emerge as a legitimate deep threat in the mold of Kansas City’s Donnie Avery."

Jones was the number-one target for Chicago Bears draft pick David Fales in 2013, amassing 79 receptions for 1,356 yards and 15 touchdowns.

As no stranger to playing the role of go-to receiver, Jones has an inherent confidence which has started to turn heads during Cleveland's OTAs. It may be just a matter of time before he is turning heads on Sundays during the regular season as well.