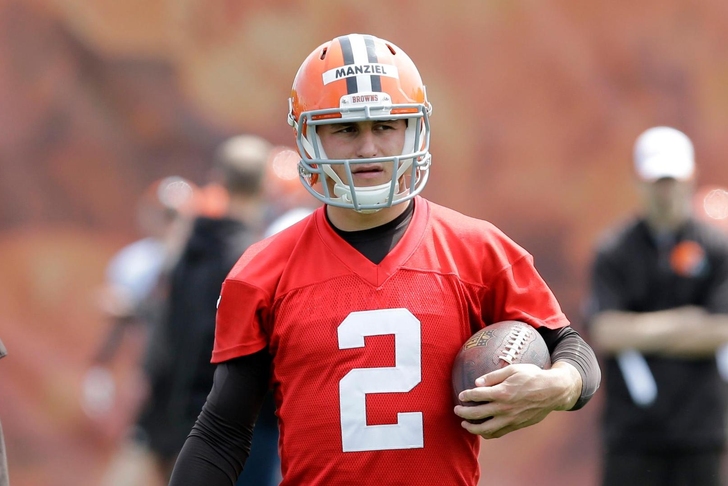 Per Thomas Goldkamp of 247Sports.com, in an interview on ESPN Radio's The Really Big Show on Friday morning, Haden had this to say:

I just really think Johnny needs to maybe check his friends a little bit," Haden said. "Everybody's going to go out, everybody's going to have a good time. But you've got to make sure when you're with your people it just doesn't get out.

You need to have a phone valet. Tell your friends 'put your phones away.' We're going to go out and have a good time and just don't record what you're doing.

Everybody has fun, trust me. Everybody does. But everybody's not Johnny Football. So I think you're kind of like 'C'mon Johnny, you represent. You're going to have a good time for sure, nobody has a problem with it. But just try to have fun without the whole world knowing.

As Manziel's star continues to rise in Cleveland, it may be necessary in time for Manziel to heed Haden's words - finding a way to keep the media from detailing his every move when he decides to live it up.

However, for now, Johnny Football is still on the prowl and the cameras (phone and otherwise) are rolling.