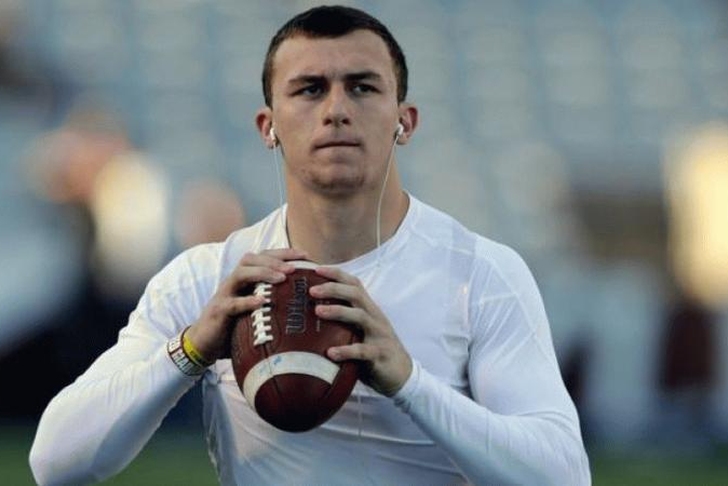 Per Mike Florio of Pro Football Talk, Quinn voiced his criticism of Manziel in an interview on Sirius XM NFL Radio:

I think my biggest issue with it is when you are drafted in the first round you are the face of the franchise. I understand he’s trying to have a good time and live his life off the field, but there’s a little kid watching that and now he’s looking up to him as a role model. And for me personally, I have a little bit of an issue with it. I don’t think that’s the way you want to conduct yourself.”

With the Cleveland Browns content to look the other way when it comes to the Johnny Football moments that Manziel seems to have each weekend, Quinn wonders if they truly are okay with it.

If you were asking Jimmy Haslam, is that really what you want the face of your franchise doing, and having out there? I just don’t think it’s right. I don’t think it’s respectful to the other veteran players, too, who right now are probably taking care of their bodies, trying to prepare to go into a winning season right now instead of doing things like that off the field.”

Quinn believes that Manziel should take a page out of the playbook of the young quarterback who leads the Super Bowl champions.

“I always revert back to Russell Wilson only because he’s so young, he’s been so successful, but you see all the time his good works, when he’s out there on camera, or out there on Twitter, whatever it is, he’s at a hospital with sick kids giving them gifts, trying to brighten up their day,” Quinn said. “That’s the kind of role model I’d want for my franchise. And I don’t understand why [Manziel] can’t interject more of that into his life. He’s got such a following. So then try to do it in a positive way, to help kids who are sick or people who are homeless, whatever it is, but just try to do it in a more positive manner.”

Regardless of Quinn's feelings, the Browns don't seem too worried about Manziel enjoying himself - as long as it doesn't interfere with the product on the field.