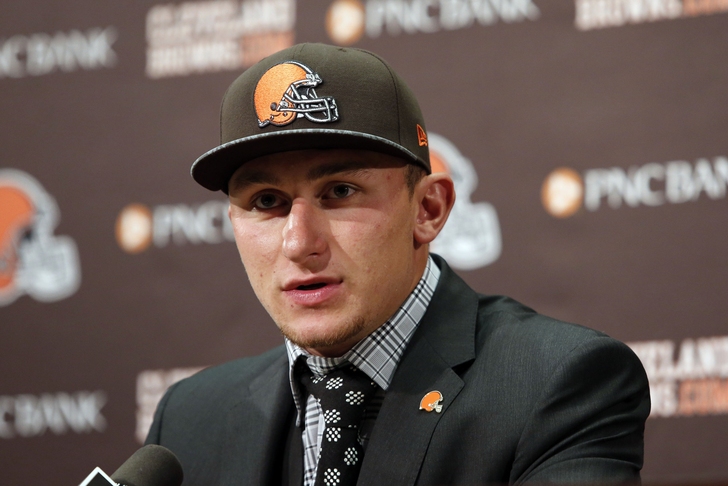 The Cleveland Browns are attempting to say all the right things when it comes to Johnny Manziel. However, with season-ticket sales spiking and Johnny Football jerseys flying off the shelves, there will be a riot in Cleveland if Manziel isn't handed the reins of the team (and the franchise) at some point during the 2014 NFL season.

With that in mind, we here at Chat Sports have been delving into the Browns' 2014 schedule in order to find the games you should be buying (or scalping) tickets for in order to see the beginning of the Manziel era. Without further ado, here are the...

This would require a complete reverse of tact by new Cleveland Browns head coach Mike Pettine -- something he may not be able to survive if he makes a precedent of it during his first regular season game at the helm. For better or for worse, there is a 85-to-90% likelihood that Brian Hoyer will start Game 1. However, if Johnny Manziel comes into training camp with the laser focus that he seems to be capable of, the Browns may not be able to justify sitting him, providing he absolutely wrecks the preseason schedule like he is capable of.

Here's where the heat on the Browns to start Manziel may get too hot to handle early in the season. If the Browns get completely manhandled in their first two games with Hoyer behind center (which is entirely possible going into Pittsburgh and then hosting the high-powered Saints in Week 2), Pettine will be under extreme pressure externally and internally to get a jump start on the team's future. Mike Pettine is smart enough to realize that one season may be all he gets if the team falls flat in 2014. Watch out for this game as the dark horse contender for the beginning of Johnny Football's legend in Cleveland.

The Browns got an extremely tough draw to open the 2014 season, running into the Steelers, Saints, and Ravens in their first three contests. Despite two of those games being at home, it wouldn't be altogether unlikely for the Browns to head into their Week 4 bye 0-3 (especially if Josh Gordon is a non-factor due to suspension). Here's where it gets tricky: the Browns have two winnable road games in Week 5 (Titans) and Week 7 (Jaguars), sandwiching a tough division rematch against the Steelers at home in Week 6.

If the Browns lose even one of the two games in Week 5 & 7 with Hoyer at the helm in this scenario, his time as starting quarterback will be on borrowed time. The Browns would most likely put a check mark next to Week 8's home clash with the Raiders -- a potential cupcake of a home contest which could give Manziel the perfect showcase for his first NFL start.