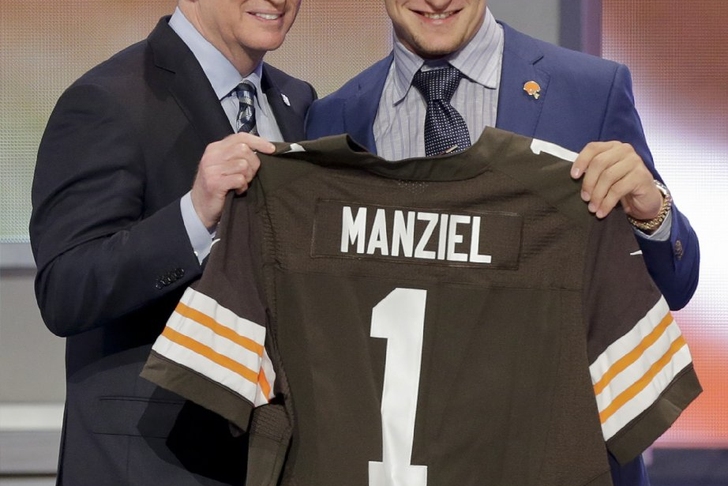 The Cleveland Browns owe their company cell-phone carrier a bouquet of flowers or a very-large box of chocolates.

According to this tweet by ESPN Cleveland, new Browns quarterbacks coach Dowell Loggains received a very interesting text from Johnny Manziel prior to the team trading up to pick the former Texas A&M superstar:

Loggains: Manziel texted me and said “I wish you guys would come get me.” I forwarded that to the owner & HC & they said let’s go get him.

Speaking with radio host Bo Mattingly of "SportsTalk With Bo Mattingly" in Arkansas, Loggains relayed the events which fell to place for the Browns to finally select Manziel.

As Manziel continued to fall down the board in round one, Loggains received the aforementioned text along with the addition that Manziel wanted the Browns to "hurry up and draft me because I want to wreck this league together.”

This prompted Haslem to hurriedly find a deal to trade up, in order to ensure that the Kansas City Chiefs wouldn't draft Manziel before the Browns could get to him.

Loggains also added that he knew how high the Browns were on Johnny Manziel when he first got the job in January, and knew that Manziel was the favorite to be drafted by the team despite Loggains working out 14 quarterbacks in total.

"It was Manziel and then everybody else," Manziel said matter-of-factly, via Daryl Ruiter of CBS Cleveland.