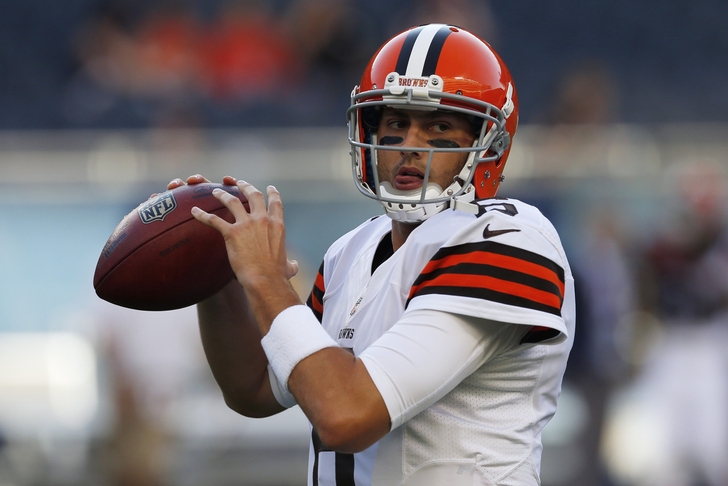 In today's Browns news update, the future is getting a lot less easy to predict when it comes to who the Cleveland Browns' starting quarterback will be heading into the future.

General manager Ray Farmer indicated earlier this week that the team is still grooming 2014 first-round draft pick Johnny Manziel for the starting role. However, a 6-3 record and an impressive display of leadership by current starter Brian Hoyer is adding some fog to next season's crystal ball.

"The numbers don't lie,'' coach Mike Pettine said on a conference call Friday, via Mary Kay Cabot of the Northeast Ohio Media Group. "(Hoyer's) having a heck of a year for us, and the important number is the six wins. I think (Thursday) night is also a function of how the guys played around him.

With seven games left in the regular season and a share of the AFC North lead to their credit, the Browns have reenergized the Dawg Pound with visions of January football dancing in their heads.

Everyone may be chipping in, but if Hoyer leads this team to double-digit wins and a playoff berth (and/or division title), it won't be an easy decision this offseason when Hoyer hits free agency as a wanted man.