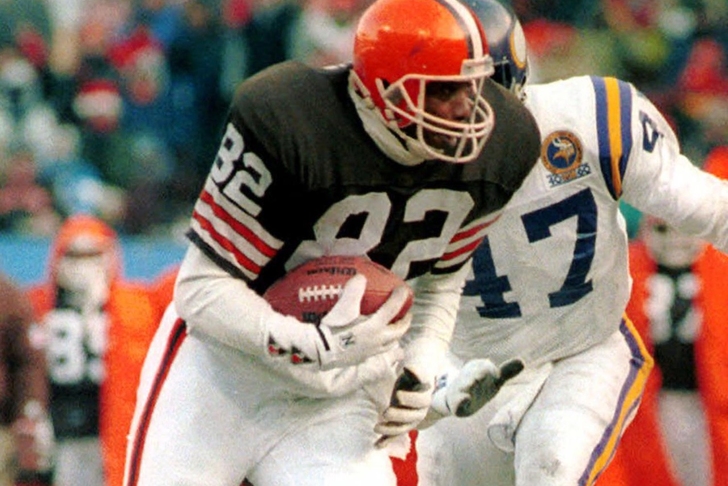 The 2015 NFL Draft is mere days away, which means it’s time to turn back the clock and take a look at the selections which helped make the Cleveland Browns the historically relevant franchise they are today. Here’s our list of The 5 Best Draft Picks In Cleveland Browns History:

Once upon a time, Bernie Kosar owned what was a stable quarterback position in Cleveland. He still is third in team history in passing yards (21,904), fourth in TD passes (116) and fourth in QB rating.

Perry played both defensive tackle and defensive end during his seven years in Cleveland, where he made five Pro Bowls and was named an All-Pro twice. Perry’s 51.5 sacks rank second in the franchise history

Thomas has been the  Browns starting left tackle since he was drafted. He has made the Pro Bowl in every season of his career, and is a five-time first-team All-Pro. Matthews holds team records in sacks (62), forced fumbles (24) and tackles (1,430), and is unquestionably the best defensive player in franchise history.

Newsome finished his 13-year career with 662 catches, for 7,980 yards and 47 TDs, all of which were NFL records for tight ends at the time he retired, and ranked in the top five of all receivers. He was inducted into the Hall of Fame in 1999.