The 3 Biggest Draft Needs For The 2015 Cleveland Browns 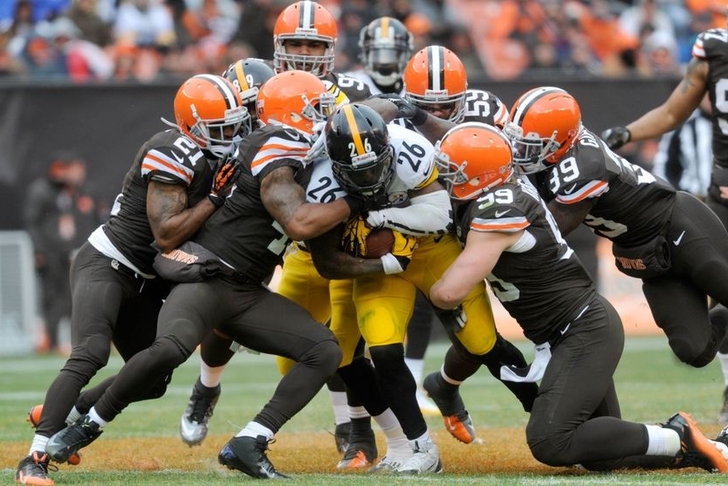 The Cleveland Browns had an interesting season in 2014 - some players put together very good seasons (CB Joe Haden immediately comes to mind), but there are several areas where the Browns need to improve in 2015 if they want to put themselves in the playoff picture.

The Browns won't be able to fix everything through the draft, but they will have the opportunity to address their most pressing needs. Here are Cleveland's top three draft needs heading into draft season:

Cleveland sacked opposing quarterbacks just 31 times in 2014, which ranks them 27th out of all 32 NFL teams. It's a bit of a surprise that the Browns didn't give up more through the air - they rank 8th in overall pass defense - but that's a tribute to their underrated secondary rather than a sign that the pass rush is working. This draft has plenty of high-potential defensive linemen, and even if the big guns like Randy Gregory (Nebraska), Leonard Williams (USC) and Shane Ray (Mizzou) are off the board, the Browns will be able to find someone who can help right away.

The Browns need a new inside linebacker - that much is clear. Tank Carder, Craig Robinson, Karlos Dansby and the rest of the Browns' ILBs didn't live up to expectations in 2014, and teams were routinely able to hurt Cleveland on inside runs and short-yardage passes over the middle. A 3-4 defense requires inside linebackers without any glaring weaknesses, and the Browns' linebacker corps had plenty in 2014. Miami's Denzel Perryman would be an excellent pick if the Browns want to draft a linebacker early.

At this point, the Browns can't keep counting on Josh Gordon to get his act together - if he does, that's great, but it's an added bonus rather than something they should expect to see. Without Gordon in the picture, Cleveland's receivers struggled this year, and only Andrew Hawkins looked like a bona fide NFL starter - and even he faded down the stretch when the QB situation got messy. No matter who starts under center, the Browns need to give them a downfield threat...or the offense will continue to struggle. Louisville's Devante Parker and Fresno State's Josh Harper would both be solid additions, although the only bona fide star WR in this draft is Alabama's Amari Cooper (likely to go to Oakland at #4).