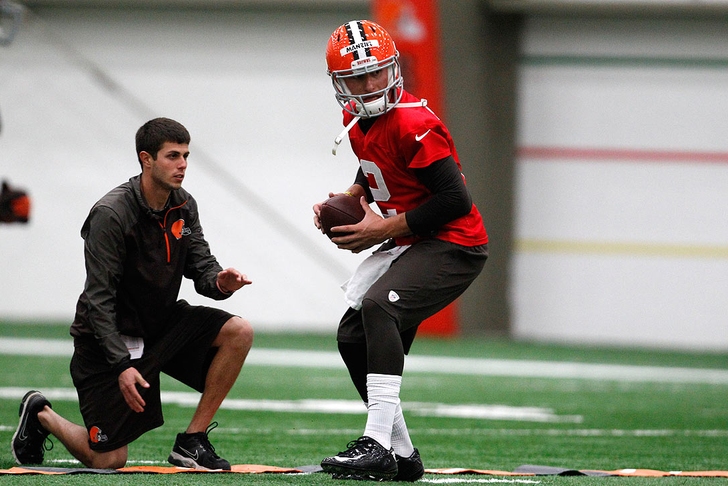 In today's Browns news update, ESPN's Ron Jaworski is convinced that Cleveland Browns incumbent Brian Hoyer will keep his starting quarterback role with the team no matter what happens between now and the 2014 NFL regular season.

Per Tony Grossi of ESPN Cleveland, Jaworski was on the sidelines at Browns OTAs on Wednesday. While the experience of watching Johnny Manziel in person helped temper some of the criticism that the NFL analyst has levied toward the Browns' first-round draft pick, Jaws is still convinced that Bryan Hoyer will not drop the job to Manziel.

“He won’t,” Jaworski said, via Grossi's post on Wednesday. “Because of Hoyer.”

“Johnny just needs experience. He had a two-year college career. I think these guys need to mature mentally and physically with more college reps. This is totally different. This is your life now. You compete against guys married and have kids and they compete like hell. The more experience you have I think the better chance you have of being successful at this level.”

In reference to Hoyer, Jaworski believes that his instinctual competitiveness will be the difference when it comes to any perceived quarterback competition this summer.

“I hope he’s ticked off,” he stated. “Whenever I talk to Tom Brady and I mention (his draft status) Pick 199, the chip comes out. That still ticks him off. I think that’s what Brian needs to have – ‘Hey, this is my team, my opportunity, and I’m not letting anyone take that job.’”