Report: The Cleveland Browns Will Try To Trade For Sam Bradford 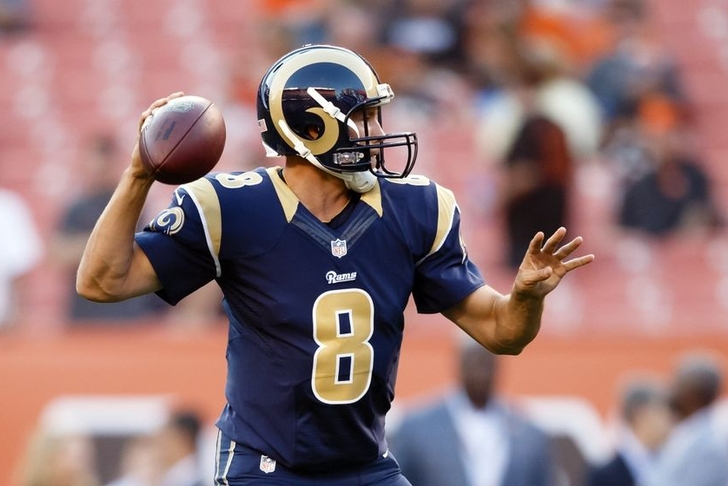 The Cleveland Browns will "take a real run" at making a trade for St. Louis Rams quarterback Sam Bradford, according to Bleacher Report's Jason Cole.

He says the Browns will aggressively pursue quarterbacks this offseason, and Bradford is at the top of their list. If they don't land Bradford, Josh McCown is their backup option.

Bradford has told the Rams that he won't take a pay cut, and St. Louis may not be willing to keep the oft-injured quarterback on their roster for $16.6 million.

He tore his ACL in his left knee during a Week 7 matchup against the Carolina Panthers in 2013, missing the rest of the season. Bradford re-tore that ACL in the preseason and didn't play a single snap in 2014. He also missed a majority of the 2011 season with a lower body injury.

Cleveland head coach Mike Pettine said earlier this week that the team is approaching the offseason like they need to find a starting quarterback with last year's first-round pick Johnny Manziel in rehab.