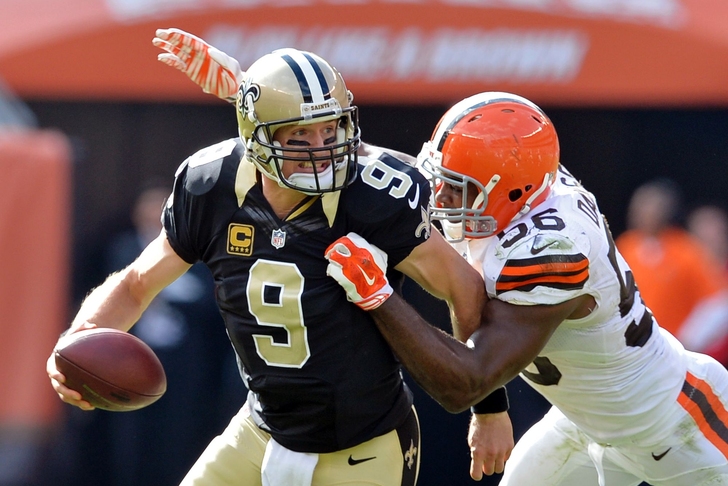 In this breaking Browns news update, Cleveland Browns linebacker Karlos Dansby could miss significant time with a knee injury he sustained in Sunday's 23-7 loss to the Houston Texans. In addition, fellow starting linebacker Jabaal Sheard is likely done for the year with a foot injury.

As reported by Mary Kay Cabot of the Northeast Ohio Media Group, head coach Mike Pettine says Dansby could miss "upwards of a month" with what reportedly is being termed as a sprained MCL.

Pettine wasn't shy when it came to assessing just what losing the quarterback of the defense for most of the team's remaining regular-season games will mean for the team.

"It's a shame," Pettine said. "Intensity, energy, leadership. That's all part of it.''

Sheard, on the other hand, likely won't return to the team this year after suffering what Pettine says is a bone injury in his foot. Despite waiting for more clarification on Sheard's status, the Browns head coach said that his injury is "potentially more serious" than Dansby's.