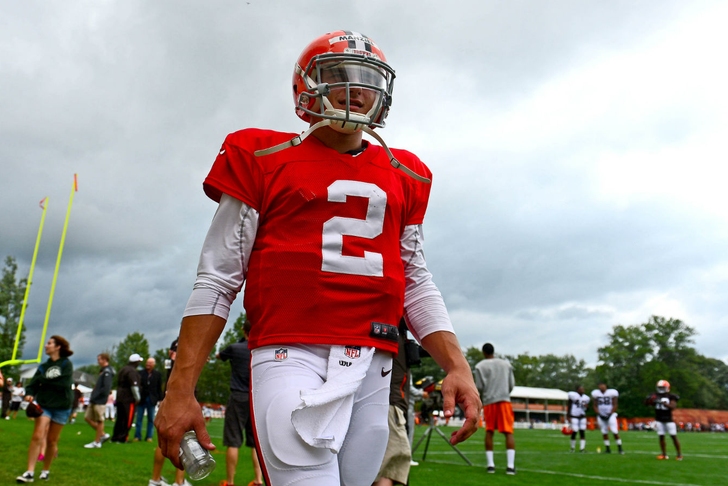 Cleveland Browns backup quarterback Johnny Manziel's roommate was arrested on suspicion of drunk driving in Manziel's car on early Saturday morning, per a report by Cory Shaffer of the Northeast Ohio Media Group.

Per Shaffer, "the man was arrested about 2:30 a.m. Saturday in downtown Cleveland driving a vehicle owned by Manziel, according to 19 Action News. Manziel was not in the car at the time, the station reported."

The 24-year-old man has not been charged as of yet, but is currently in Cleveland City Jail awaiting official drunken driving charges, Cleveland authorities confirm.

The man in question was also involved in a November 22nd incident at an area hotel where a fan allegedly approached Manziel and a scuffle ensued. Both the fan and the man in question gave different accounts of what happened, and police indicate that it will be up to the fan as to whether or not charges will be filed.

Cleveland police spokesperson Jennifer Ciaccia indicated on Saturday that she could not confirm if Manziel's car had been towed, and she was also unable to provide a copy of the citation or details of the actual arrest.