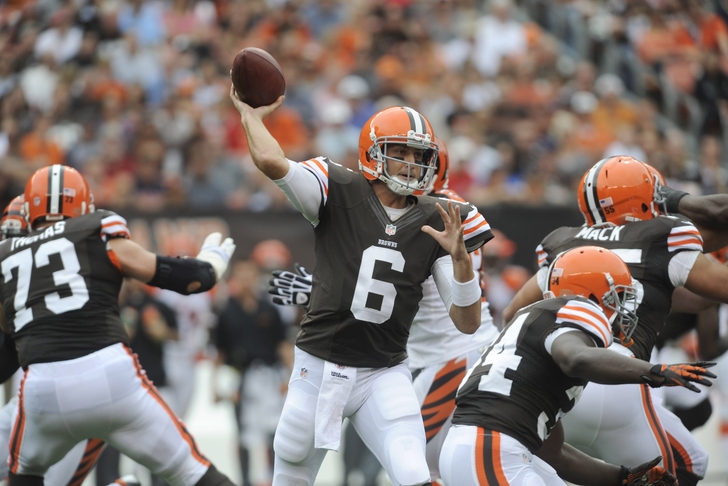 The Cleveland Browns have a major dilemma brewing at the quarterback position for when the 2014 NFL season comes to an end.

Several sources are indicating that, if the Cleveland Browns aren't willing to invest in current starter Brian Hoyer as the team's starting quarterback of the future [ahead of 2014 first-round draft pick Johnny Manziel], Hoyer will likely test free agency next year.

Per ESPN's Adam Schefter, the Houston Texans and Tennessee Titans are two potential landing spots for Hoyer, provided that a deal doesn't get done in Cleveland:

Brian Hoyer and Bill O'Brien worked together in past and have an interest in doing same in future, per league sources. Hoyer trusts O'Brien as much as any coach in the league from their time together in New England, per sources, and would welcome a reunion. Titans HC Ken Whisenhunt, who worked with Hoyer in Arizona, also has interest, per sources. Cleveland has been in wait-and-see mode on Hoyer, whose contract expires after this season. Some around the league believe the deal could get done only as soon as the Browns truly are ready to make Hoyer, not Johnny Manziel, their long-term quarterback.

While it's too early to gauge what the Browns are thinking when it comes to the future of the team's quarterback position, Hoyer won't have a problem finding a job if the franchise decides to go all-in on Manziel.