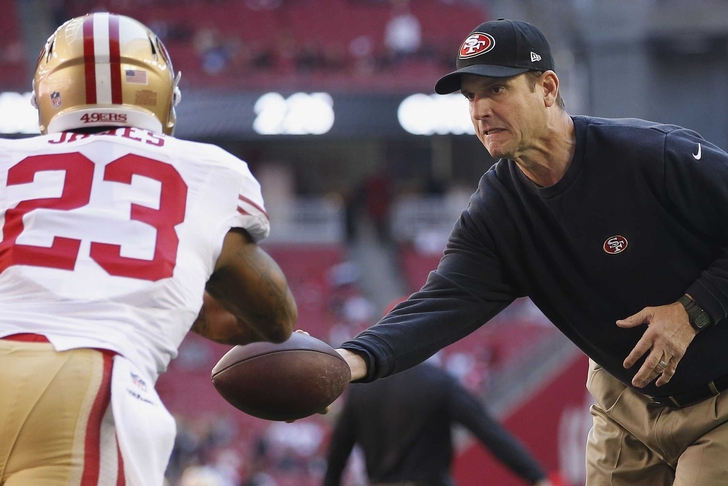 For the latest Browns news and rumors, download our 5-star iPhone app today!

With the house money currently favoring San Francisco 49ers head coach Jim Harbaugh finding alternative employment in 2015, it's interesting to see just what it might take to pry him away via trade.

According to Mike Florio of Pro Football Talk, "per a league source, the trade that would have sent Harbaugh to the Browns would have resulted in a pair of third-round draft picks going to San Francisco."

To put that into perspective, Jon Gruden was traded from the Oakland Raiders to the Tampa Bay Buccaneers for two first-round picks, two second-round picks, and $8 million just 13 years ago.

It's possible Harbaugh's price will be driven up if multiple teams decide to pursue his services in the final year of a five-year deal, but the Browns likely limited the 49ers' bargaining power by almost securing Harbaugh for a discounted price.