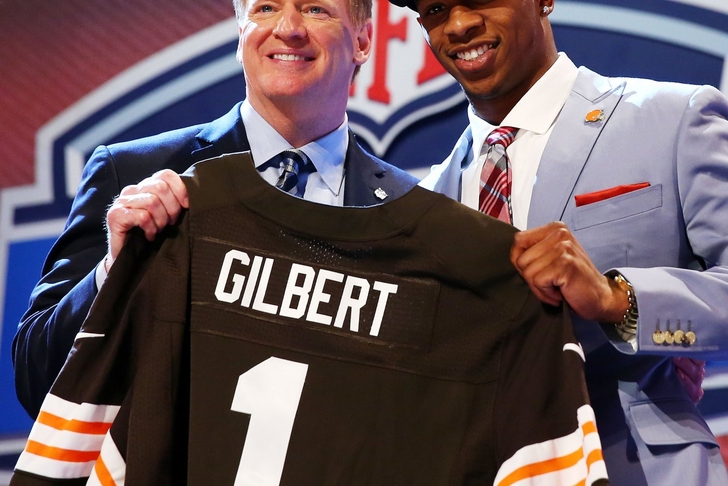 Browns news seems to be Cleveland news as of late, especially with the solidarity being shown between the Cleveland Browns' latest top draft picks and the Cleveland Indians.

With news of Johnny Manziel and Justin Gilbert throwing out the first pitch for the Indians on Tuesday, Progressive Field was buzzing to get a chance to see the future of the Browns up close and personal.

Eighth pick Justin Gilbert seemed just as excited as the fans, posting this picture of him and the Tribe's Jason Kipnis on his Twitter account earlier today:

In the locker room with Jason Kipnis before the game pic.twitter.com/5FiwS4wCGd

As it looks right now, Gilbert and Manziel are doing everything in their power to make Cleveland their home.

In return, Cleveland is doing everything it can to show how much they appreciate it.