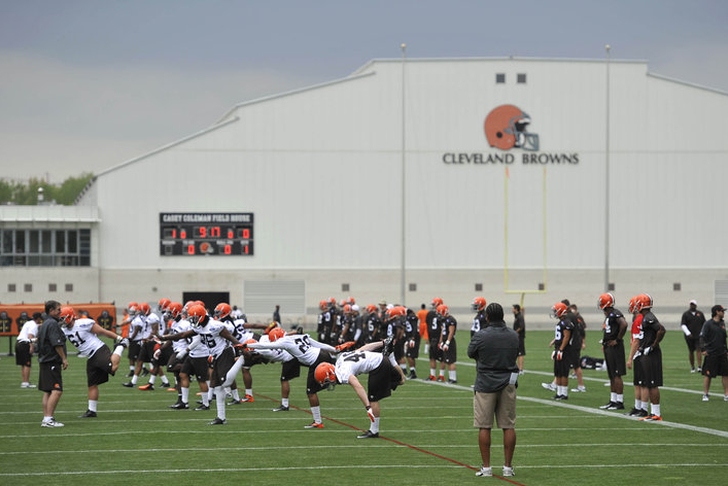 Every piece of Cleveland Browns news in one place - make sure to sign up for a free Chat Sports account and subscribe to our Browns page today!

The Cleveland Browns might be thin at certain positions, but coach Mike Pettine isn't desperate enough yet to sign a guy off the street...which was what a certain practice guest on Tuesday was hoping for.

USA Today reports that an unidentified New Mexico man walked straight through Cleveland's indoor field house out onto the practice field, carrying an equipment bag and a very lofty dream. The man somehow made it all the way out onto the field before being noticed and escorted out through the media gate. A team spokesman said the man never posed a threat to other players or team personnel. Before leaving the facility, the man spoke to a Cleveland media relations officer and a security staffer about what brought him there.

Apparently, the man was hoping to land a spot on the Browns just by showing up at practice, something which unfortunately hasn't happened outside of movies since 1976. Despite needing a receiver thanks to Josh Gordon's upcoming suspension, the Browns weren't willing to give their practice crasher a shot.