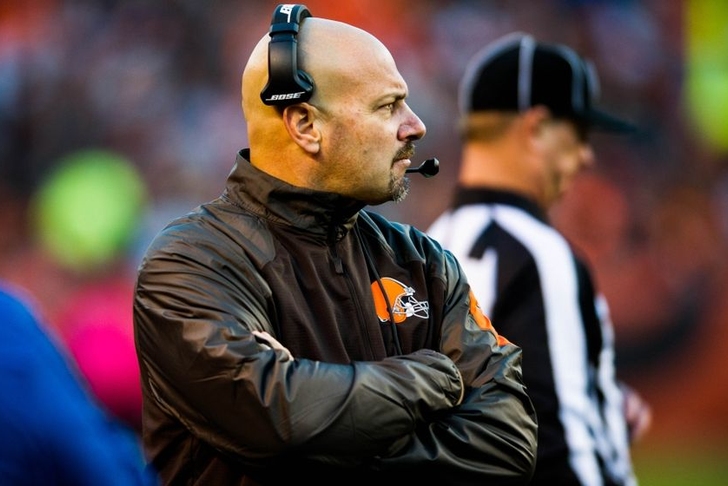 Johnny Manziel found his name in the news on Monday after being involved in a massive brawl over the weekend at 2:30 a.m. Saturday morning, which Cleveland Browns head coach Mike Pettine called "unfortunate" on ESPN's Mike & Mike.

Report: Johnny Manziel And His Entourage Were Involved In Massive Brawl This Weekend

“We’re never comfortable . . . with guys being involved in incidents that late at night,” Pettine said. “There’s a saying in the league, ‘Nothing good happens after midnight.'”

Manziel hasn't been charged with a crime and insists he did nothing wrong in the incident, which was instigated by a drunk fan wanting a hug from the former Heisman trophy winner.

“I’ve had a talk with Johnny,” Pettine said. “He was very up-front with us and notified us immediately when it occurred. As far as in the building, he’s been a true professional, he’s done everything that’s been asked of him, but obviously this is something that’s unfortunate.”

Pettine went on to say that the incident won't affect when Manziel gets on the field. He's currently serving as the backup to starter Brian Hoyer, who has led the Browns to a 7-4 record so far this season.

Cleveland drafted Manziel with the 22nd overall pick in the 2014 NFL Draft.