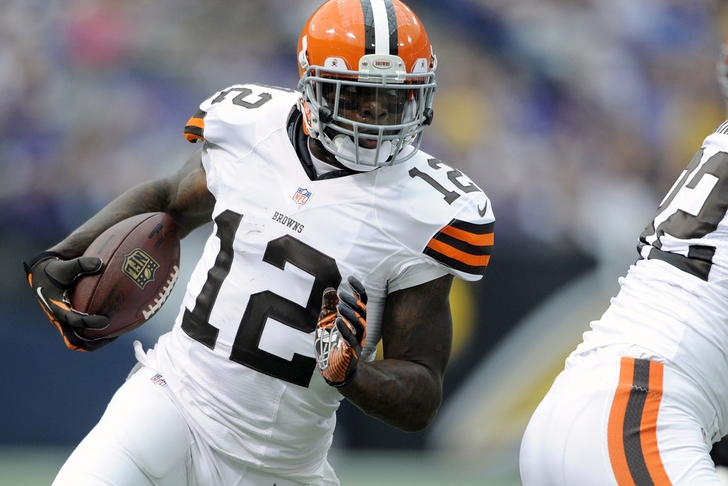 The hits just keep coming for Cleveland Browns WR Josh Gordon. According to WKYC sports, Gordon was pulled over for speeding on Memorial Day weekend, and a passenger in his car was cited for being in possession of under 200 grams of marijuana.

Gordon, who led the NFL in receiving yards in 2013 despite a drug suspension that kept him out for the first two games of the year, is currently awaiting suspension after another failed drug test.

Gordon was clocked doing 74 in a 60-mile-per-hour zone on Interstate 71 North Sunday night. His passenger, who remains unidentified, admitted the marijuana was theirs at the time of the traffic stop.