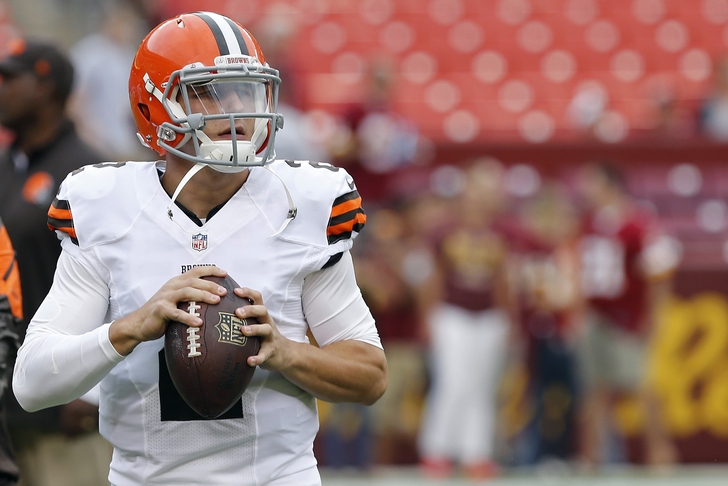 Manziel, to his credit, is still saying and doing all the right things.

“I don’t necessarily think that’s the right word,” Manziel said of his reported frustration, via Mary Kay Cabot of the Cleveland Plain Dealer. “Obviously coming from the situation I’ve been in the past couple years of every rep, every snap, every down of every game, coming into the situation that I’m in now is going to be a lot different for me. So I’m sure there are signs of this being a different situation for me, but I don’t feel frustrated. Obviously, being a competitor I want to play, but there is a difference."

Johnny Football remains adamant that he is "in the role that I need to be at this time," backing up Hoyer and learning the NFL craft both on the sidelines and in practice.

“I’m still extremely hungry,” he said. “I still feel that obviously coming out training camp, I was disappointed. I wanted to play better and at the same time I am a rookie and I can’t be too hard on myself. I remember thinking back to the days when I was learning the offense at [Texas] A&M. It was frustrating. And it’s like that for everybody coming into a new system and a new place a long way away from home. So there’s a lot of things that were going on in my life at the time."

"Now I’m a lot more settled in, a lot more comfortable with everything that’s going on in the day-to-day operations.”