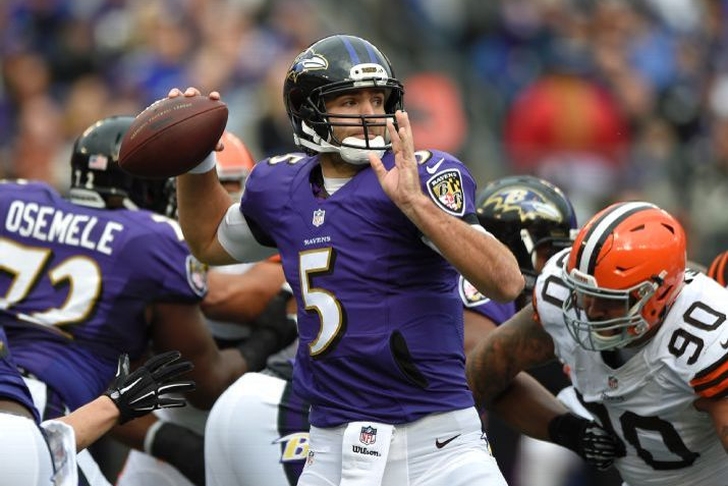 The Browns and Ravens both got off to sloppy starts offensively, and the game was just 3-3 at halftime. Cleveland finally scored the first touchdown of the day late in the third quarter on a two yard run from Terrance West, but Baltimore took over the game in the fourth quarter as they got the win that gets them into the playoffs.

Baltimore's offense finally got the spark they needed in the fourth quarter when Joe Flacco hooked up with wideout Torrey Smith for a 53-yard bomb. The Ravens scored on the very next play - a 16-yard pass to Smith - and again on the next possession to put the game away.

This game was extremely close throughout, and mistakes often make the difference in these kind of games. Cleveland made more of them in this one, turning the ball over twice while the Ravens didn't turn it over once.

Quarterback Joe Flacco played his best when his team needed it, passing for 312 yards and two touchdowns without throwing an interception.

The win pushes Baltimore to 10-6 on the year and into the No. 6 seed in the AFC, meaning they'll face the winner of the Bengals-Steelers game in the first round of the playoffs. Cleveland will finish their season with an 7-9 record and are undoubtedly headed towards an offseason full of questions about Johnny Manziel.